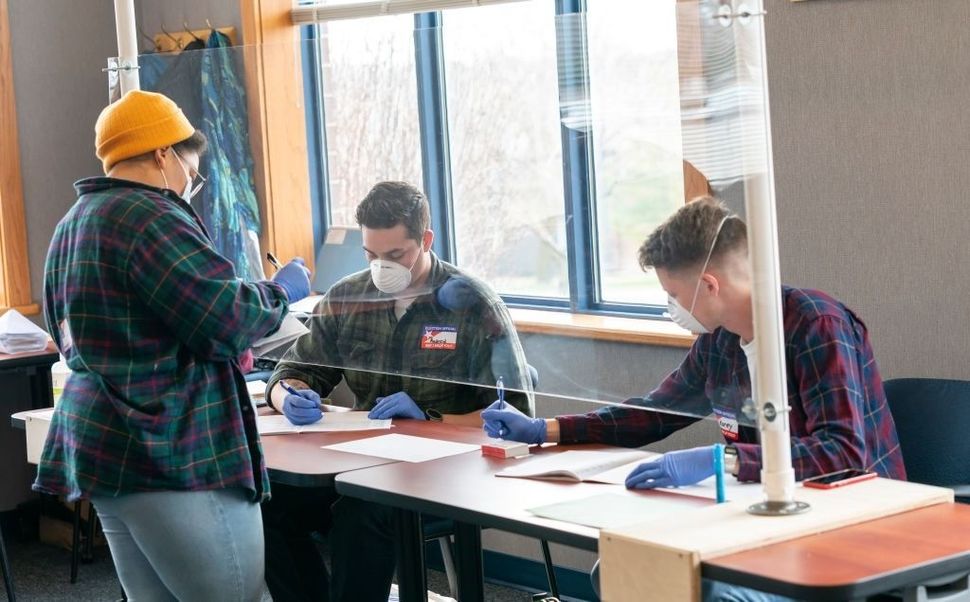 Democrat Jill Karofsky, a circuit court judge in Wisconsin’s Dane County, was declared the winner of a Supreme Court election in the Badger State on Monday, defeating an incumbent Republican in what was seen by both parties as a bellwether for the November presidential election.

Karofsky, who is Jewish, won 55% of the vote against Trump-endorsed conservative Justice Daniel Kelly, reducing the conservative majority on the state Supreme Court from 5-2 to 4-3.

The election was marred by controversy after both the state and national Supreme Courts overruled Democratic Gov. Tony Evers’ attempt to delay the election because of the coronavirus epidemic. All but five polling stations in Milwaukee, the state’s largest city and one of its most liberal, had already been declared closed for health reasons and because of a lack of volunteers, forcing voters to stand in line for hours and possibly risking infection.

“Although we were successful in this race, the circumstances under which this election was conducted were simply unacceptable, and raise serious concerns for the future of our democracy,” she said in a statement.

Before her circuit court judgeship, Karofsky served as a deputy district attorney for Dane County, which includes the state capital of Madison, and as the state Department of Justice’s top prosecutor of violence against women cases.

Ahead of election day, both parties saw the contest, which coincided with the Democratic presidential primary, as a marker of partisan enthusiasm ahead of the November election. President Trump narrowly won Wisconsin over former Secretary of State Hillary Rodham Clinton 47.2%-46.5% in 2016, but Evers defeated incumbent Republican Gov. Scott Walker two years later 49.5%-48.4%.