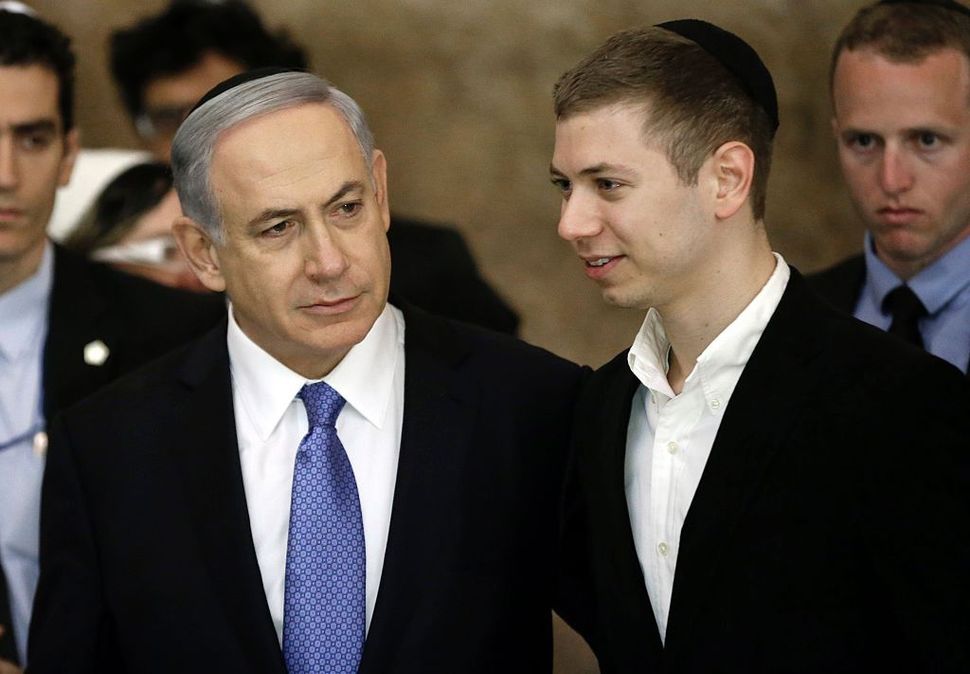 (JTA) — A protest in Tel Aviv against establishing a unity government in Israel that includes Benjamin Netanyahu led the prime minister’s son Yair to tweet, “I hope the old people who die because of this demonstration will be from your camp.”

The tweet generated a storm of condemnations from the left and the right in Israel. Yair Netanyahu later deleted the post — a reply to one by Nitzan Horowitz, a left-wing lawmaker, featuring a picture of himself at the demonstration.

In an unusual move, the Prime Minister’s Bureau sent out a statement distancing itself from Yair Netanyahu’s remarks.

“The prime minister absolutely rejects these remarks. The fight against the coronavirus has no camps and must not have them,” the statement read.

Hundreds of demonstrators, many of them carrying black flags and signs accusing Netanyahu of corruption, stood in spaced rows on Habimah Square and for the most part observed a distance of two yards between one another due to safety measures connected with the coronavirus.

According to Maariv, at least 1,000 people participated in the demonstration against the intention of the Blue and White opposition party to join a coalition with the Likud party. Police authoritzed the protest.

Benjamin Netanyahu was indicted in January for alleged involvement in bribery and fraud and breach of trust in three separate cases of alleged corruption. He has denied the allegations and charged they are attempts by Israel’s left wing and judiciary to remove him and the right wing from power.