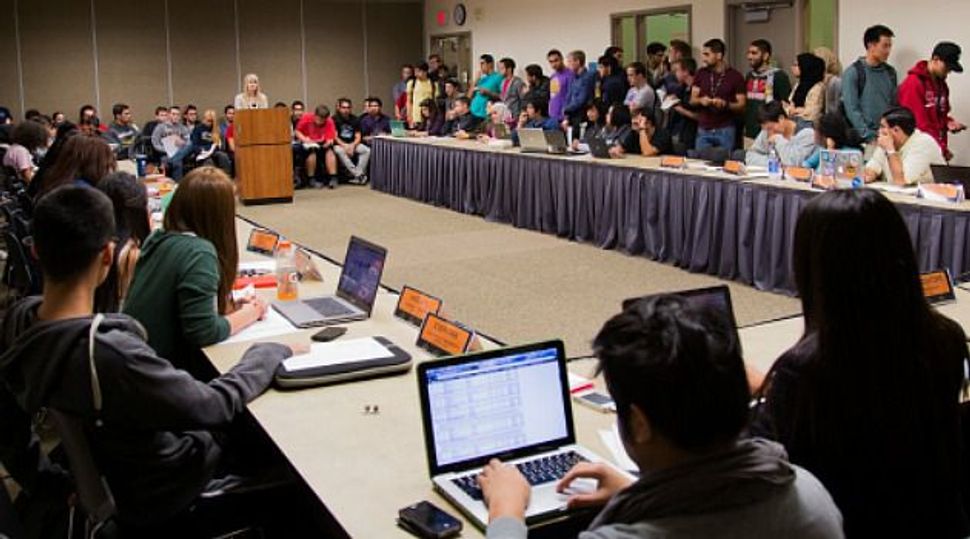 Campus Debate: Students at the University of California-Irvine debate a proposal to call for divestment from Israel. Image by josh Friedman

(JTA) — The student government of the University of California, Irvine, has voted to repeal a 2012 resolution that called for the university to divest from companies that do business in Israel.

A Jewish senator, Marshall Roe, had introduced the resolution to repeal in the Associated Students of UC Irvine. Roe is a veteran of the U.S. Navy, the Jewish Journal reported.

It passed recently in a 16-6 vote with two abstentions.