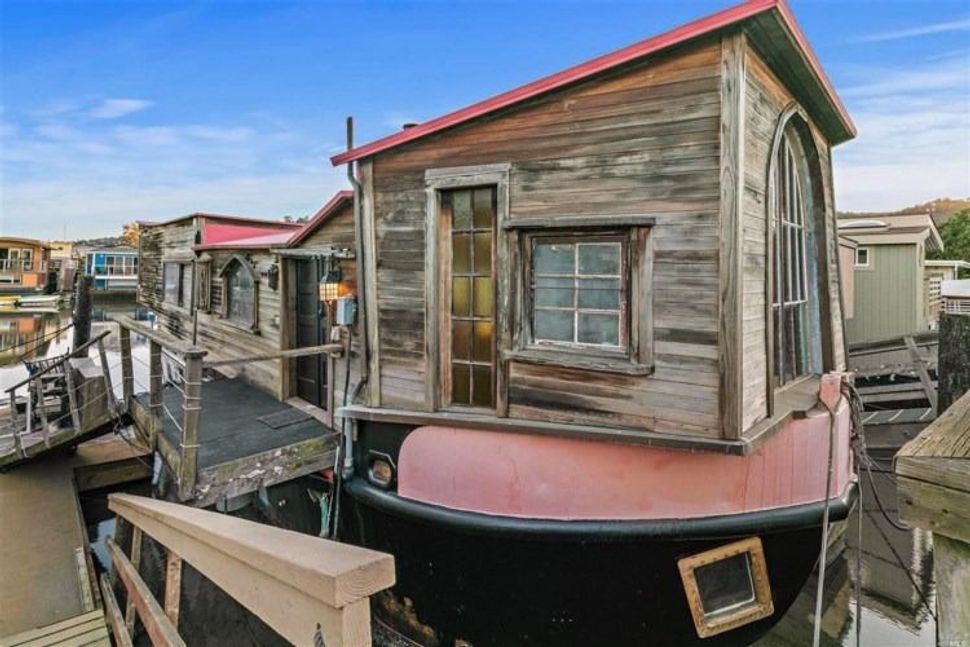 (JTA) — Famed Jewish writer Shel Silverstein is best known for iconic children’s books such as “The Giving Tree” and poetry collections like “Where the Sidewalk Ends.” Less-known about the famous children’s author? He lived on a houseboat named “Evil Eye” in Sausalito, California, from around 1967 to 1975.

And you can now buy that houseboat.

Silverstein died in 1999 of a heart attack at age 68, and he owned the 1,200 square foot houseboat until his death. After he died, artist Larry Moyer — a friend of Silverstein’s — took over as owner, until Moyer’s death in 2016.

The boat is a decommissioned World War II balloon barge that Silverstein converted in 1967. It’s stylish, whimsical and zany — there are two bedrooms, one of which has a hanging bed.

Silverstein, who was born in a Jewish family in Chicago in 1930, was drafted into the U.S. Army. While serving in Japan and Korea, he drew cartoons (eventually published in his first book, “Take Ten,” in 1955). After leaving the army, he drew illustrations for Playboy magazine. He never “planned to write or draw for kids,” until a friend convinced him to give it a try.

In the years he lived there, the boat served as Silverstein’s workspace. According to his biographer Lisa Rogak, writing in “A Boy Named Shel,” the boat “was a place that made Shel’s imagination run wild.”

Yet, ironically, wrote Rogak, Silverstein became seasick “at the drop of a hat.”

The post Shel Silverstein lived in a houseboat for almost 10 years. You can now own it. appeared first on Jewish Telegraphic Agency.