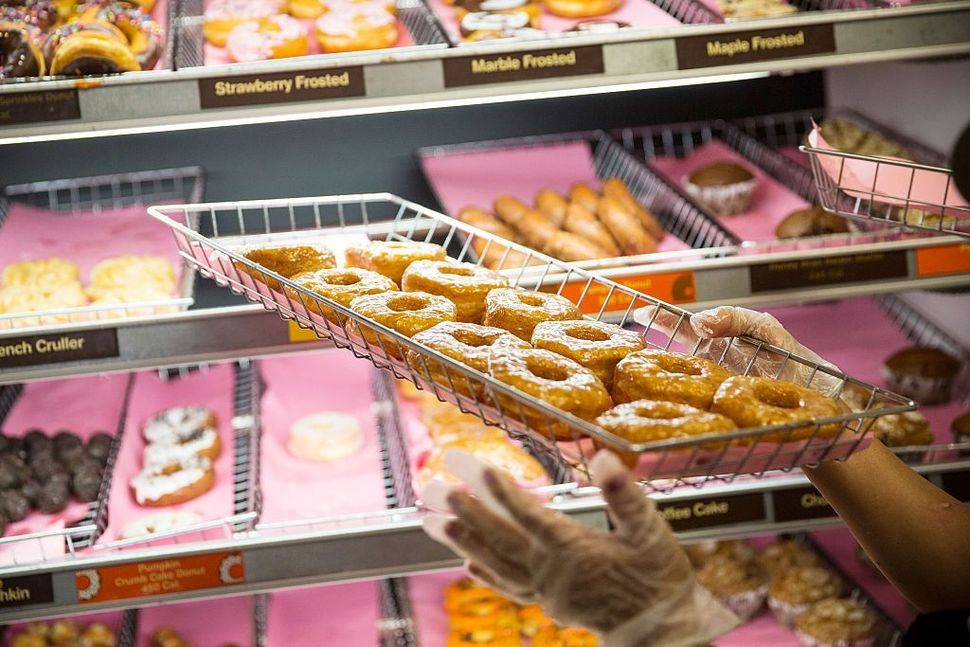 (JTA) — Claiming Jews are responsible for the coronavirus, a New York City man has been charged with bias intimidation and harassment following two confrontations with a Jewish man at a Dunkin’ Donuts in New Jersey.

Haxhaj allegedly confronted the Jewish man again the next day at the same store, saying “he does not want Jews in his neighborhood and bumping his chest into the victim,” state Attorney General Gurbir Grewal said, according to the Daily Voice.

The Jewish man left the store and called police, according to the report.

The Fort Lee Police Department announced the charges on Tuesday.