Some governors are letting houses of worship reopen. Synagogues aren’t going for it. 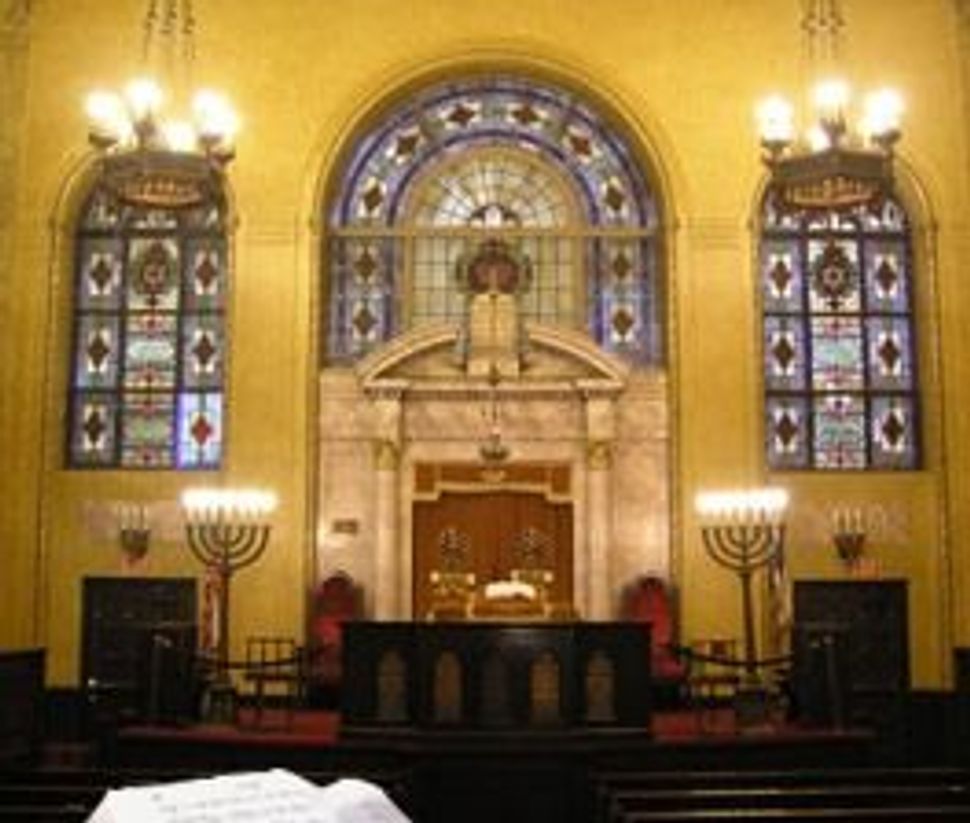 (JTA) — The road to reopening for houses of worship has been paved in a handful of states, even as the coronavirus pandemic continues to kill more than 1,500 Americans a day.

But synagogues in the Republican-led states that are relaxing some restrictions — including Georgia, Texas and South Carolina — appear unlikely to take advantage of their governors’ permission to open anytime soon.

“We are very sensitive to the fact that people are being economically impacted by the closures, but we’re more concerned about the possible loss of life if there’s a second wave so soon,” said Rabbi Joshua Heller of Congregation B’nai Torah in Sandy Springs, Georgia, a suburb of Atlanta.

Georgia’s governor, Brian Kemp, announced earlier this week that some businesses could begin reopening, and houses of worship could resume services this weekend. He said he had come to the conclusion that the pandemic’s toll on employment outweighed the public health benefits of keeping businesses closed.

But medical experts — including the country’s top doctor, Anthony Fauci — say the reopenings are inadvisable right now, just as social distancing appears to be cutting down on new infections in many places.

“That could be setting us back,” Fauci told The New York Times this week.

Even President Donald Trump, who himself has called for the economy to reopen in short order, criticized Kemp’s decision on Wednesday.

Most synagogues appear to be declining the invitation to reopen, saying they believe that staying closed is necessary for the health of their congregants and communities.

In Texas, where Gov. Greg Abbott has announced plans to roll back restrictions in early May, 11 Orthodox rabbis in Dallas issued a collective letter Tuesday explaining their decision to keep their synagogues closed.

“Religious communities, with their heavily social communal lives, are at greater risk for reinfection during this pandemic, and its members are most likely to represent vectors for the spread of the disease once again to the general population,” the letter says. “As such, it is premature to reopen shuls at this time.”

One of the signatories, Rabbi Ariel Rackovsky, said the rabbis had consulted with medical experts in their communities before issuing the letter.

“It was a clear decision that we arrived at unanimously,” said Rackovsky, who works at Congregation Shaare Tefila, a Modern Orthodox synagogue.

Even as the response in the community has been “overwhelmingly positive,” Rackovsky said some community members initially questioned whether the decision to remain closed was a political one targeting the state’s Republican governor.

“Once we explained ourselves in writing and in conversations I’ve had with people privately, they not only understand but they support the decision,” he said.

For Orthodox Jews, the question of when in-person activity can resume comes with higher religious stakes: Due to prohibitions on using electricity on Shabbat, their synagogues are not livestreaming services on the Sabbath. And while some rabbis in other denominations have begun allowing prayer quorums to be formed virtually, Orthodox rabbis have not, meaning that Orthodox Jews have been unable to hear the Torah read or say the Mourner’s Kaddish prayer.

But at Congregation Ohr HaTorah, an Orthodox synagogue in Atlanta, rather than embracing the opportunity to reopen, many members are unhappy with Kemp’s move to reopen the state, according to Rabbi Adam Starr.

“It seems to be the overwhelming perspective that people are really disappointed and upset at this decision to reopen at this time,” he said.

The response was the same at Congregation Or Hadash, a Conservative synagogue in Sandy Springs.

“So far everybody is taking it in a very, very positive way, actually praising our decision” to remain closed, said Rabbi Analia Bortz, who is also a medical doctor.

Jewish communities are not unique in responding skeptically to the reopen plans. Polls have shown that the vast majority of Americans favor continued distancing. That is especially true for people who identify Democrats, as is the case for about two-thirds of American Jews.

That doesn’t mean that feelings about the prospect of reopening are straightforward in Jewish communities.

At Heller’s synagogue outside Atlanta, deaths among congregants more than doubled over the usual rate in recent weeks due to the coronavirus. At the same time, some congregants are also struggling financially and have received assistance from the synagogue.

“I have not had a lot of voices within my congregation calling in favor of reopening in-person worship,” the rabbi said. “I think by and large the people who I am talking to, even some of those who are in favor of the reopening on principle, are not actually themselves leaving their homes.”

And Rabbi Adam Rosenbaum of Synagogue Emanu-El in Charleston, South Carolina, said members had been supportive until now of the decision to remain closed, but that he wasn’t sure if that support could wane over time.

“I’m not sure what necessarily will happen if we start getting pressure from people to gather,” he said. “Because, please know, I’d like to be able to gather again. I miss shaking hands and embracing friends and being able to really enjoy everybody’s company. I wish we could all go back to normal. I am very reluctant to say that I’m ready, though.”

The post Some governors are letting houses of worship reopen. Synagogues aren’t going for it. appeared first on Jewish Telegraphic Agency.

Some governors are letting houses of worship reopen. Synagogues aren’t going for it.