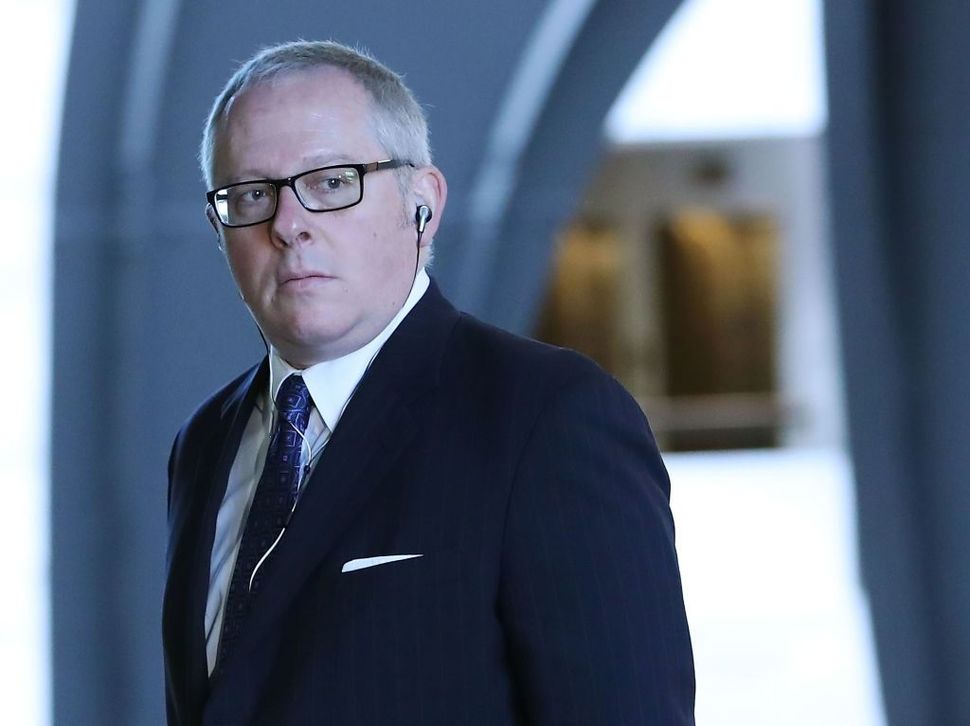 WASHINGTON (JTA) — The man President Donald Trump just named to speak for the Health Department accused George Soros and the Rothschild family of seeking to exploit the pandemic for control and to advance their agendas.

Michael Caputo, who advised Trump’s 2016 campaign, last week became the spokesman for the Department of Health and Human Services, reportedly in part because of Trump’s dissatisfaction with how the department secretary, Alex Azar, was handling communications during the crisis.

Caputo, known for his pugilistic style, deleted tens of thousands of tweets just before the appointment. CNN on Thursday uncovered dozens of the tweets, including attacks on the Chinese tinged with racially charged imagery, accusations that Democrats wanted people to die so Trump would not be reelected and disparagement of the media.

On March 17, responding to David Rothschild, an economist who often is caustically critical of Trump and accused Trump of “wanting to murder” people to stay in power, Caputo said that Rothschild “is an inbred elitist sphincter whose family craves control. That’s one reason why he constantly lies about President Trump.”

The New York economist is not related to the European family, which for centuries has been the target of anti-Semitic slanders that it is seeking world dominance.

On March 15, Caputo responded to a far-right figure, Jack Prosobiec, who wondered on Twitter why George Soros, the liberal philanthropist was ready to give to his favored political causes but not to efforts to combat the coronavirus.

“Are you kidding? Soros’s political agenda REQUIRES a pandemic,” Caputo said. Soros has given tens of millions of dollars to coronavirus relief.

On March 27, Caputo tweeted a photo of Soros captioned “The real virus behind everything,” and added skulls and crossbones.

Soros has frequently featured in anti-Semitic attacks as someone seeking world control.

CNN said it was unable to obtain comment from the Trump administration or Caputo.