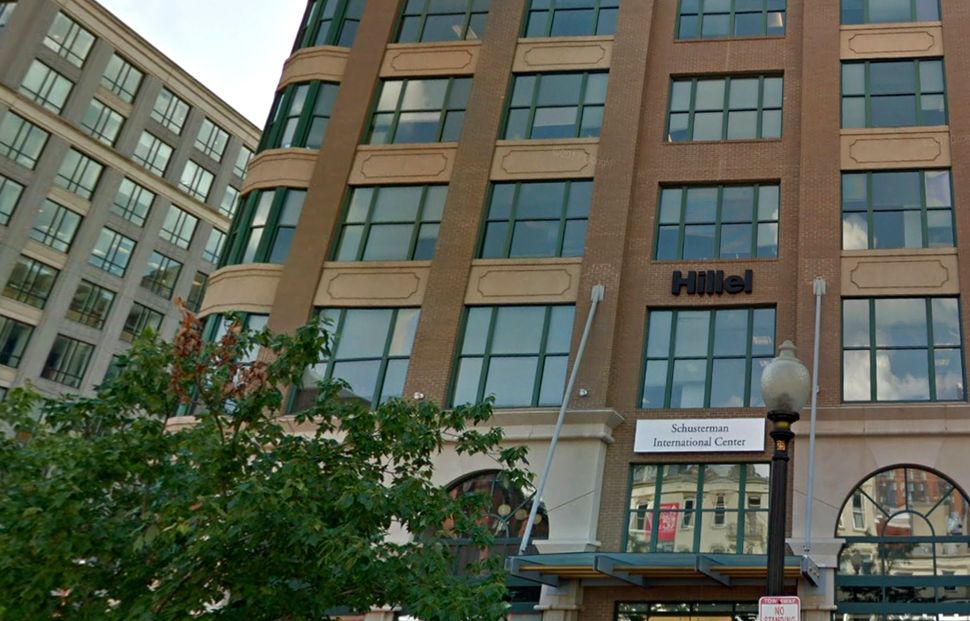 (JTA) – With many of its normal activities interrupted because of the coronavirus pandemic, Hillel International, the umbrella organization for centers for Jewish student life on college campuses around the world, has laid off or furloughed 30 positions at its Washington, D.C., headquarters — over 20 percent of its workforce.

The cuts were made last week, according to an email announcement sent Monday to Hillel staffers across the country. There are approximately 1,000 employees at Hillels around the world, most of which operate as independent organizations but work with Hillel International on fundraising, talent recruitment and program support.

The group’s top official explained the decision in the email.

“Major areas of our activities and operations have been disrupted; and the far-reaching financial implications of the pandemic are negatively impacting our current fiscal year results and producing a very challenging and uncertain fundraising and financial outlook for the future,” wrote Adam Lehman, Hillel International’s president and CEO.

The organization did not disclose which staff positions were eliminated and which were furloughed, but the nearly 100-year-old group operates some activities that are not possible during the pandemic. Hillel International runs Birthright trips to Israel for approximately 7,000 college students every year, but the free 10-day identity journeys have been called off through at least June and are unlikely to happen with the same frequency or enrollment in the coming year, if at all.

Staffers at the D.C. headquarters also support in-person programs run by campus Hillels, many of which have been canceled or moved online as a result of the pandemic.

In the email, Lehman said the affected employees would be employed “for the next several weeks” and that those who were laid off would receive a “generous severance package,” as well as a stipend to defray health expenses and support in seeking new jobs. Furloughed employees will continue to receive health benefits during the length of their absence. Lehman also said that Hillel’s senior leadership team would be taking a voluntary salary reduction.

Matthew Berger, a spokesman for Hillel International, confirmed the layoffs and furloughs in a statement to the Jewish Telegraphic Agency but said the group would continue to be able to serve students even as their colleges have shifted online.

“We have taken numerous steps to support the professionals impacted by these changes, and we’re confident these moves will best position us to continue supporting Hillels across our movement and to serving students, who will need us more than ever in the weeks and months to come,” said Berger.

The post Hillel International lays off or furloughs 20% of staff amid coronavirus uncertainty appeared first on Jewish Telegraphic Agency.