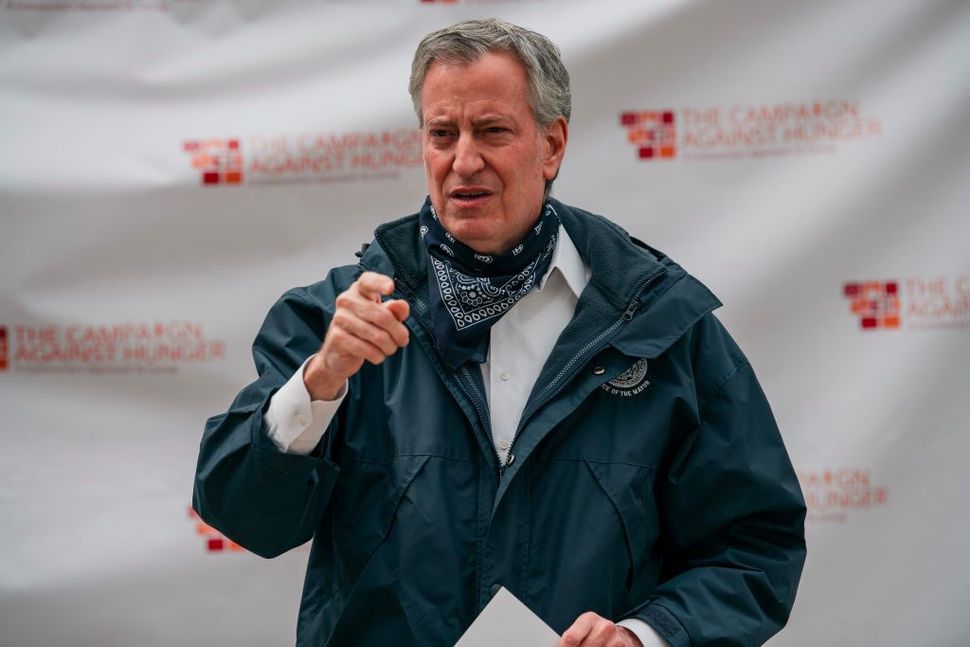 A letter signed by prominent Jewish politicians and organizations condemned a controversial tweet from New York Mayor Bill de Blasio, which scolded “the Jewish community” in the wake of a Hasidic funeral that violated social distancing guidelines on Tuesday.

“With thousands of New Yorkers dead, and many more sick, we all understand the danger of COVID-19, the severity of our dire public health emergency, and the need for strict social distancing. But this is not the way, and your threat of arrests and summonses is not the answer,” the letter said.

By blaming Hasidic communities for spreading coronavirus, the letter said, de Blasio echoed anti-Semitic tropes that have associated Jews with social problems, especially illness, for millennia. Moreover, it continued, the mayor had encouraged others to single out minority groups for blame, including Asian Americans, who have experienced an uptick in discrimination and harassment since the onset of the pandemic.

The letter pointed out that the NYPD initially provided a permit for the funeral, arguing that since public agencies knew of and sanctioned the funeral beforehand, they must accept some responsibility for the fiasco.

And while some within the Hasidic community have disobeyed social distancing guidelines, the letter pointed to others who have stepped up to help during the crisis, citing the Forward’s reporting on a blood plasma donation effort spearheaded by Orthodox Jews.

The letter ended by requesting a meeting with Bill de Blasio to discuss a pandemic approach that would “recognize the Jewish community’s earnest efforts to fight COVID-19, protect vulnerable communities, and avoid heavy-handed over-policing.”