Police crack down on open synagogues in Hasidic neighborhoods after funeral 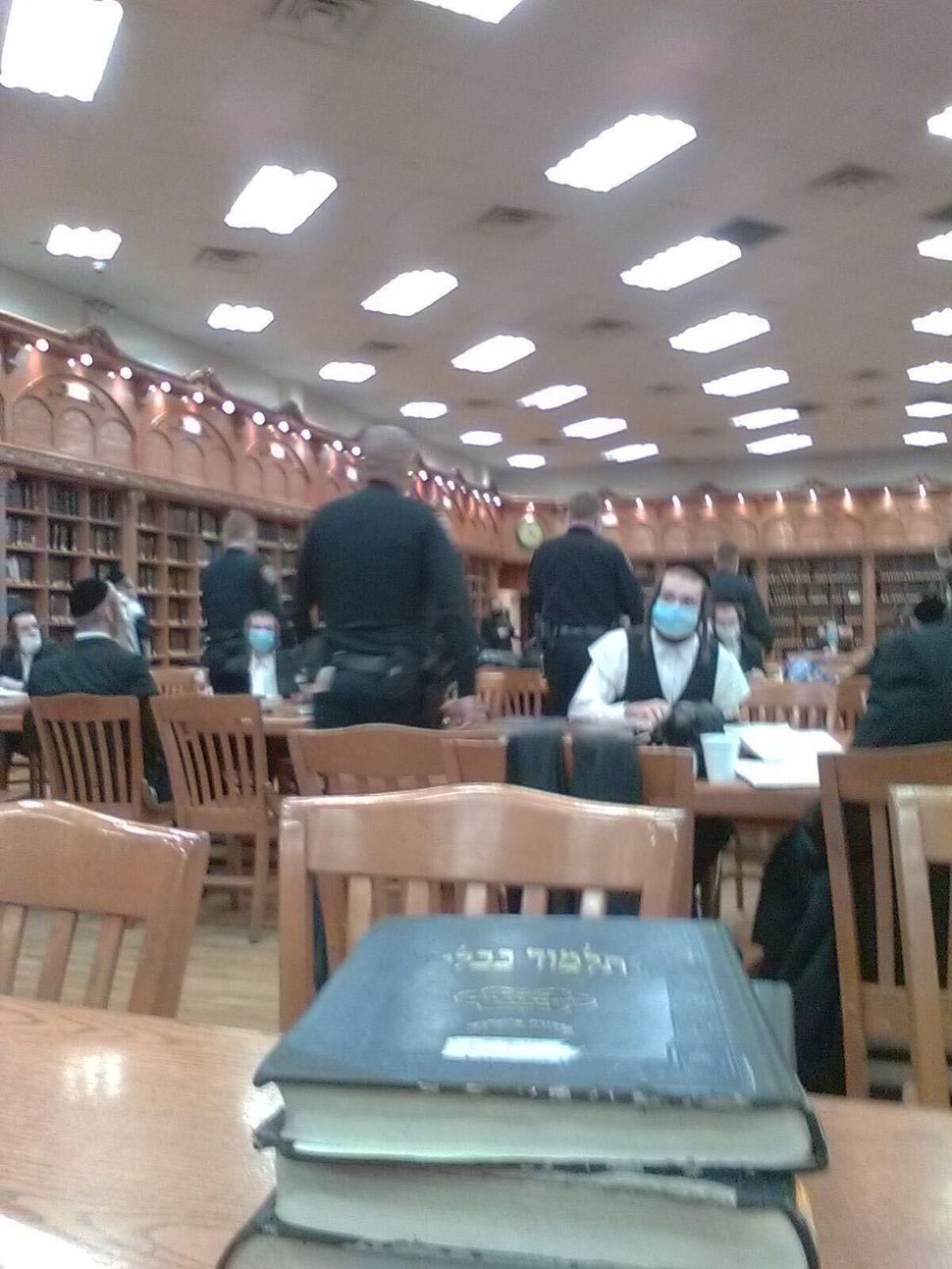 Police officers walking through a classroom in Congregation Lev D’Satmar, on Hooper Street in Williamsburg. Image by WhatsApp 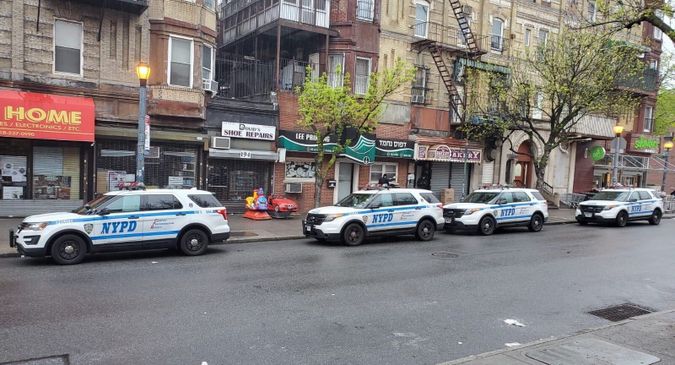 Squad cars from the NYPD’s Strategic Response Group on Lee Avenue in Williamsburg. Image by WhatsApp

Police officers issued a series of summonses and tickets to Hasidic Jews and institutions in Williamsburg and Borough Park Thursday, making good on New York City Mayor Bill de Blasio’s promise that, in the wake of a large funeral which he personally had a hand in breaking up, police would stop issuing warnings for violating state pandemic rules.

The officers handed out more than 75 summonses, according to one Orthodox media outlet, visiting open synagogues to check if the people inside were violating social distancing rules. State rules have allowed houses of worship to remain open, and people can use those spaces if they maintain social distancing, but prayer services are prohibited.

Police officers walking through a classroom in Congregation Lev D’Satmar, on Hooper Street in Williamsburg. Image by WhatsApp

The spike in summonses comes two days after a funeral for a respected Hasidic rabbi in Williamsburg which, though planned in direct coordination with community police officers from the local 90th Precinct, drew a crowd of well over 1,000 and was promptly shut down by an influx of officers and de Blasio himself. Afterward, de Blasio singled out the “Jewish community” in a tweet about the incident, testing his long and intimate relationship with Hasidic leaders.

On Thursday morning, residents shared pictures on WhatsApp of police vehicles from the Strategic Response Group — a rapid-deployment unit used for civil unrest and crowd control — lining main thoroughfares in the heavily Hasidic parts of the neighborhood.

One video showed police officers standing in the entrance of a synagogue on Wallabout Street.

A police official told the Forward that, at the Wallabout Street synagogue and at a synagogue on Hooper Street, police found numerous people inside. In both locations, some entry doors were chained closed and there were trash bags taped on the inside of the windows. Police issued 11 summonses total for both locations, six for violations of social distancing and five for fire code violations.

The string of summonses was met with split reactions in the Orthodox world, with some thanking police for enforcing the rules and others decrying what they described as unconstitutional targeting of a minority group.

Today in #Williamsburg. THANK YOU #NYPD! We need MORE enforcement! Too many people have died. I spoke to a very sick ultra-orthodox #COVID patient who told me he wished police would be more aggressive. #EnoughIsEnough via @YWN https://t.co/94mBk6GYvi pic.twitter.com/Uw1rE6Telr

Officers from @NYPDnews fail to social distance B4 entering a Congregation in Williamsburg to check on distancing. A pic from inside suggests all was good. The entry is a violation of constitutional rights as officers had no legal reason to think violations are taking place. pic.twitter.com/HfvVVkSquR

Police crack down on open synagogues in Hasidic neighborhoods after funeral