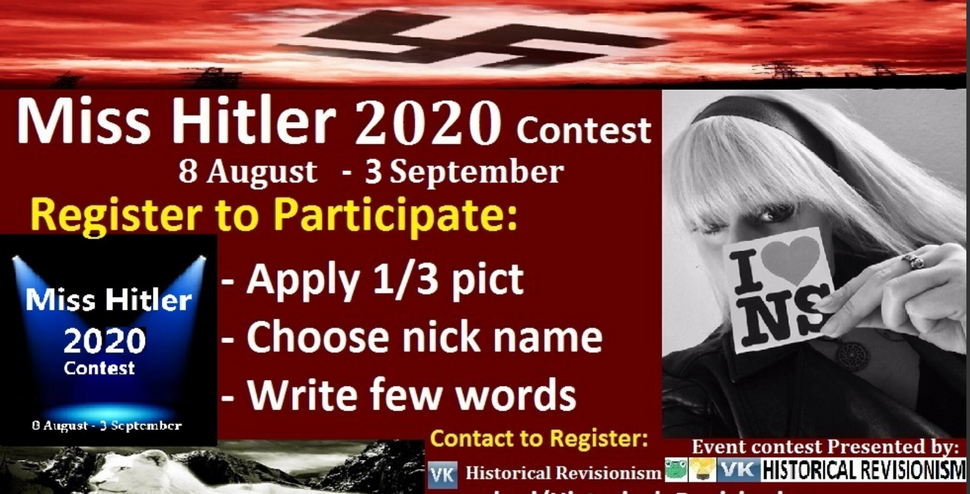 (JTA) — An anti-Semitism watchdog in Australia wants GoDaddy.com to shut down the website that is promoting the global “Miss Hitler 2020” beauty pageant.

The Anti-Defamation Commission has contacted the Australia-based internet domain registrar and web-hosting company with its request, saying the competition and the content on the World Truth historical revisionism site violate GoDaddy’s rules against hate speech.

Advertisements for the contest call on women to send photos of themselves along with a few words about why they should be Miss Hitler.

The commission’s chairman, Dr. Dvir Abramovich, called the contest and the website “an incitement to murder, pure and simple.”

“This ugly display of abject anti-Semitism by Holocaust deniers and neo-Nazis once again demonstrates that there are extremists’ groups out there that are determined to recruit young people to their dangerous cause,” Abramovich said in a statement. “It is frightening to think that there are women, including from Australia, who may choose to take part in this blood-chilling competition, aimed at emboldening people to target and intimidate Jewish and other communities.”

The winner will be determined by an online poll conducted between Aug. 8 and Sept. 3.