A rabbi said shutdown rules violate his religious freedom. Police arrested him for hosting a bonfire. 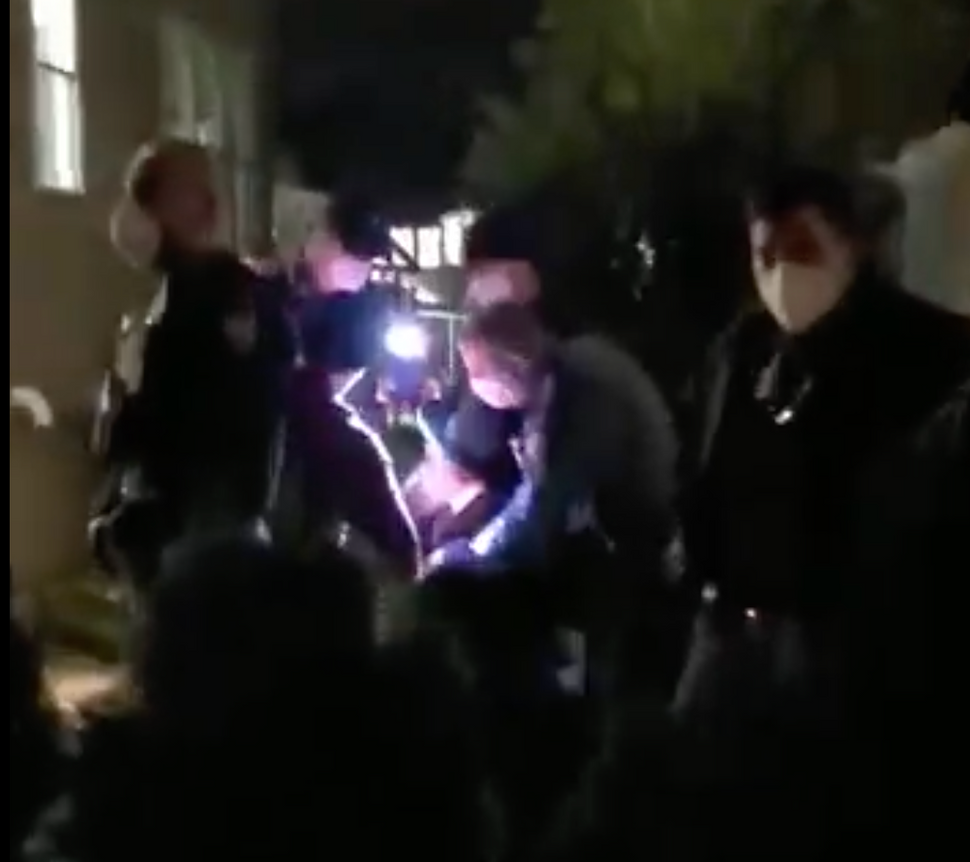 A screenshot of a video of the arrest. Image by Twitter

Police in Lakewood, N.J. arrested an Orthodox rabbi for violating state shutdown and distancing rules, as well as obstruction of justice and resisting arrest, after he hosted a bonfire for the Jewish holiday Lag B’Omer on Monday night.

The rabbi, Yisrael Knopfler, is suing the state over the shutdown rules, which he claim violate his constitutional right to religious freedom.

According to the Orthodox media outlet Vos Iz Neias, the arrest was violent, with Knopfler allegedly assaulting a police officer during the course of the arrest as bystanders yelled at the police, calling them “Nazis” and “gestapo.”

The outlet included a video that purportedly showed the arrest.

Knopfler joined a Catholic priest in suing Gov. Phil Murphy earlier this month for including houses of worship in the state’s rules that limit which establishments can be open. Knopfler argued that synagogues could accommodate distancing requirements and remain open.

“Governor Murphy’s Executive Order 107 has drastically interfered in the practice of my Jewish faith,” Knopfler said in the filing, according to the Asbury Park Press. Knopfler, who leads a small synagogue with 50 worshippers, also said that police are frequently parked outside of his synagogue, “clearly surveilling us to look for violations of Order 107.”

Knopfler’s arrest came less than a week after the suit was filed.

Knopfler sits on a rabbinical court in Lakewood, the Beis Din Tzedek, according to public records.

A rabbi said shutdown rules violate his religious freedom. Police arrested him for hosting a bonfire.