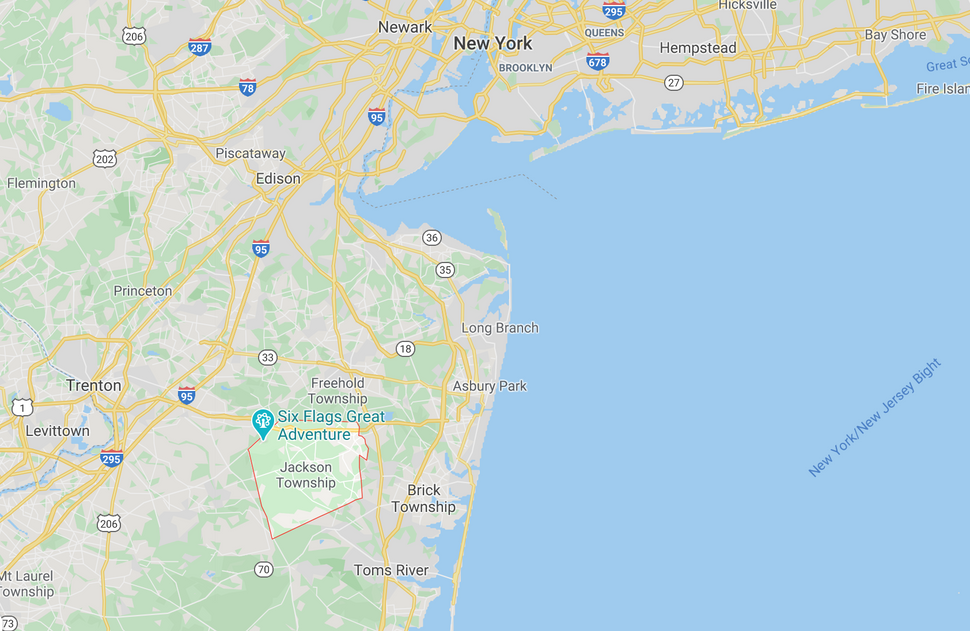 (JTA) — The U.S. Justice Department has filed a discrimination lawsuit against a New Jersey township over zoning restrictions that allegedly target the Orthodox Jewish community.

The lawsuit accuses the Township of Jackson and its Planning Board of violating the Religious Land Use and Institutionalized Persons Act and the Fair Housing Act by passing zoning ordinances that restrict religious schools and bar religious boarding schools.

“Using zoning laws to target Orthodox Jewish individuals for intentional discrimination and exclude them from a community is illegal and utterly incompatible with this Nation’s values,” Dreiband said in a statement issued by the Justice Department. “Let me be clear. The Department of Justice will use the full force of its authority to stop such anti-Semitic conduct and prevent its recurrence.”

According to the complaint, two ordinances passed by the South Jersey township and its Planning Board expressly prohibit dormitories throughout Jackson, making it impossible for religious boarding schools such as Orthodox yeshivas to operate there. But the Planning Board has since approved, without requiring a variance, plans for two nonreligious projects with dorm-type housing.

The complaint further alleges that the township and Planning Board enacted the ordinances against a backdrop of extreme animus by some Jackson residents and township decision-makers toward the Orthodox community and a movement by residents to keep Orthodox Jews from settling in Jackson, according to the Justice Department.

Jackson, a Shore town with about 55,000 residents, borders Lakewood, a township of some 104,000 with a large haredi Orthodox population.