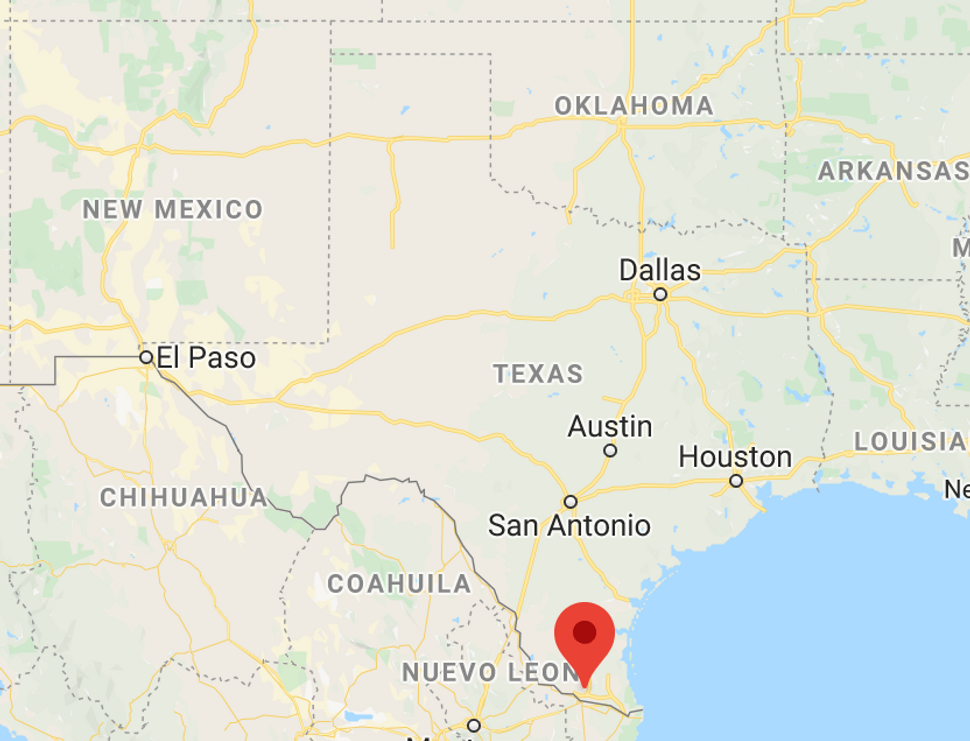 (JTA) — A woman has been arrested in connection with the vandalism of a Texas synagogue and two other houses of worship.

Temple Emanuel, a Reform synagogue in McAllen, a church and a Hindu temple were spray-painted Tuesday morning with a swastika and the words “WITCH,” “HADES,” “RAPEST,” “NEW YORK KILLER” and other random phrases and words, The Monitor reported.

The unnamed suspect was arrested Tuesday afternoon and is in custody of the McAllen Police Department with charges pending.