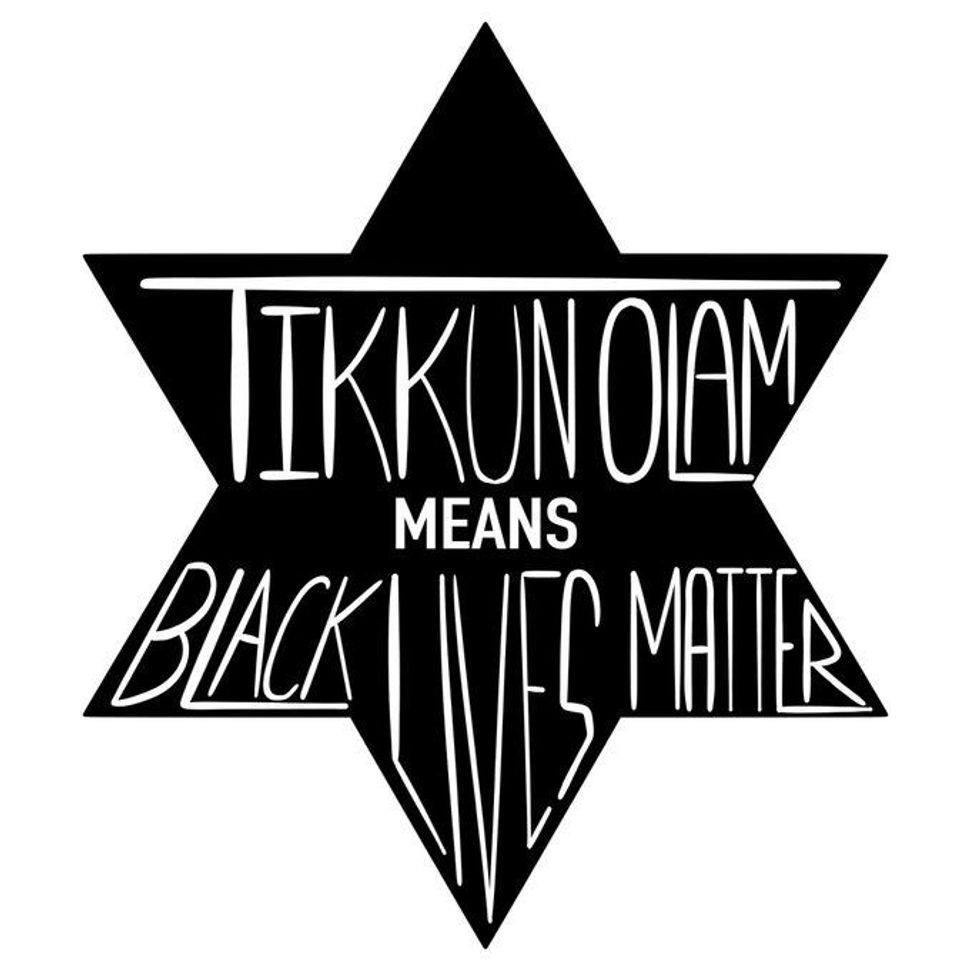 A Jewish teenager who created a graphic design supporting anti-racism protesters that went viral on social media is selling regalia with that logo for charity.

Adam Garvey, 16, created a graphic of a Star of David inlaid with the words “Tikkun Olam means Black Lives Matter,” which has been shared hundreds of times on social media. The artist said that he created the image to support protesters, since there were no rallies to attend near his hometown of Orangeburg, N.Y.

“I wanted to show solidarity as a Jewish person,” he told the Jewish Journal. “Black and Jewish solidarity is super important and I wanted to spread that….Standing up against injustice is a huge part of Jewish values.”

“Tikkun Olam” is a Jewish concept often translated as “repairing the world.”

Shirts, stickers and tote bags with the logo are available for sale online. Garvey said 100% of proceeds will go to the NAACP Legal Defense and Education Fund.

Garvey tweeted a challenge to his elders.

FACTS! I was able to raise over $1000 and I’m just 16! Imagine what people with platforms 100x larger could do