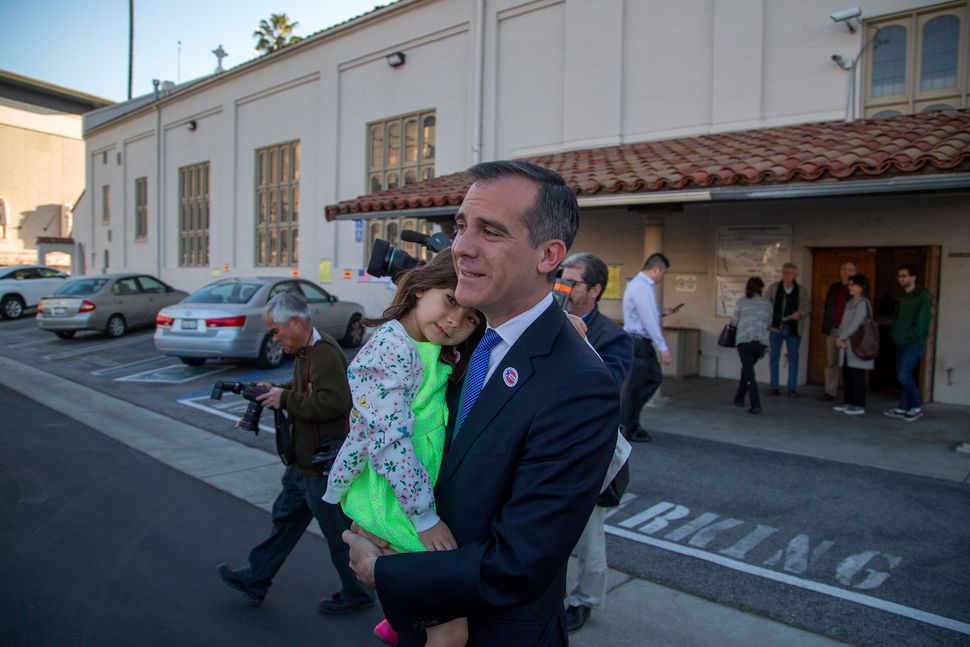 Los Angeles Mayor Eric Garcetti announced Wednesday that he is looking to cut up to $150 million from the budget of the Los Angeles Police Department, a reversal from his previous plans to boost their spending by 7%.

Garcetti, who is Jewish, said in a press conference that those savings would go towards “reinvesting in black communities and communities of color.”

He also said that officers would now be required to intervene when a fellow officer employs excessive force, and that the department was placing a moratorium on adding names to the state’s gang database. More details are expected to be released in another announcement Thursday night.

Garcetti added that the city overall is looking for $250 million in budget reductions “so we can invest in jobs, in health, in education and in healing.”

In a Zoom meeting with Jewish community leaders on Tuesday, Garcetti said there was much work to be done to improve communal relations, especially with law enforcement.

“It has to start with ourselves,” he said. “We need bias training, to erase the injustices in our hearts, not just in our policies. We have to engage in formal conversation. This is a Jewish struggle but also an Anglo struggle, a Latino struggle. We have to organize where we can and invest in justice.”