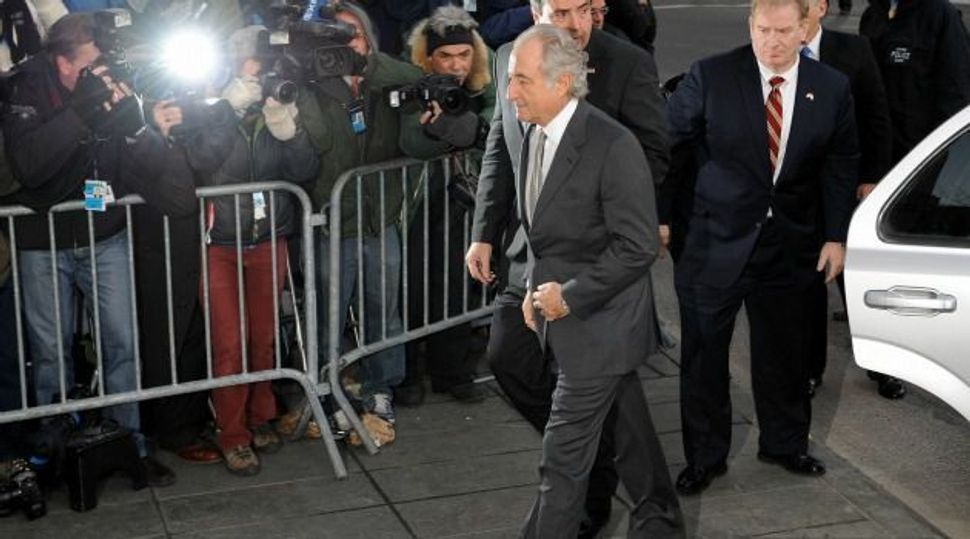 Big Loss: Yeshiva U. and other Jewish groups lost heavily in the Bernard Madoff scam. Image by getty images

Judge Denny Chin, the same judge who signed off on Madoff’s 150-year sentence in 2009, said, “it was fully my intent that he live out the rest of his life in prison.”

“Compassionate release is not warranted,” he added.

Madoff, 82, who pilfered billions of dollars away from investors in history’s largest Ponzi scheme, asked in February for an early release from prison after discovering he had less than 18 months to live. He has kidney disease, uses a wheelchair and a back brace and was admitted to hospice in July, according to the compassionate release court filing.

Several Jewish charities shut down after finding out their endowments had been blown on Madoff’s family and friends. Others, like the Andrea and Charles Bronfman Philanthropies, the Carl and Ruth Shapiro Family Foundation and Yeshiva University, all of which invested with Madoff, suffered serious financial repercussions.

His lawyer, Brandon Sample, said in the filing that Madoff “humbly asks this court for a modicum of compassion” and “does not dispute the severity of his crimes.”

The Bureau of Prisons denied a separate early-release petition last September, saying an early release would “minimize the severity of his offense.”

He has also sought to have President Donald Trump commute his sentence, so far without success.

Madoff pleaded guilty to 11 counts including fraud, money laundering, perjury and theft more than a decade ago. His sentence was the maximum duration allowed under the law.

Madoff spent clients’ money instead of investing it as promised, and then used subsequent investments to pay fraudulent profits to clients.