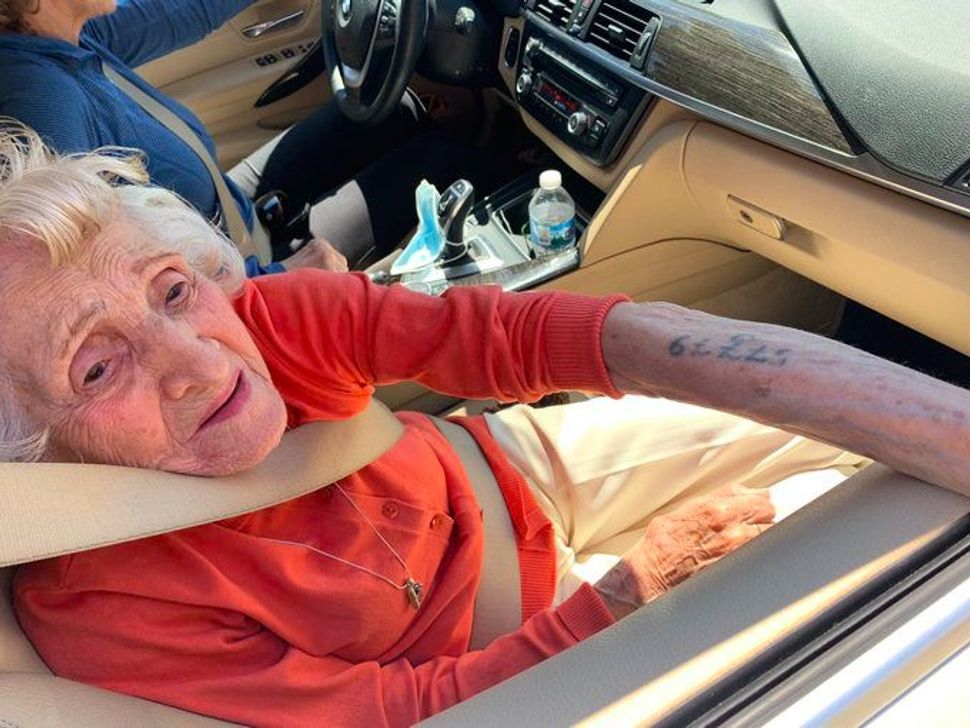 As protests against police brutality took place in hundreds of cities over the weekend, a candid photo of an Auschwitz survivor voicing support went viral.

Noah Toly, an urban studies professor who originally posted the photo, was attending a protest in his hometown of Wheaton, Ill., when a passing car flagged him down. In the passenger seat was an elderly woman who lifted her arm to show him the numbers tattooed on it.

“They’re all sons of bitches. You should see what they did to my brother,” she told him.

Toly posted the photo and the comment to Twitter, hoping to share the moment with other friends attending the local protest. Within a few hours, it had garnered hundreds of thousands of likes. At one point on Saturday, Toly wrote in his newsletter, it was the top post on Reddit.

Standing for the protest at the corner of Roosevelt and Washington, and this Auschwitz survivor drove by to show her support for Black Lives. She wanted me to see the number tattooed on her arm. “There all sons of bitches”, she said. “You should see what they did to my brother.” pic.twitter.com/fvGD430a4Y

Twitter users helped identify the woman, who never shared her name with Toly, as Joyce Wagner, 97-year-old Holocaust survivor. Born into a large Jewish family in Poland, Wagner watched her father lose his general store after Hitler’s invasion. She spent almost two years in Auschwitz and is the sole survivor of the 11 members of her immediate family.

After settling in America, Wagner wrote a memoir about her experience. She occasionally speaks to student groups about the responsibility of individuals to stand up to injustice.

“The Holocaust occurred because individuals, organizations, and governments allowed prejudice, hatred, and even mass murder to occur,” Wagner told a high school theater class performing “The Diary of Anne Frank” in 2019. “Young people, you can create a new way forward. You can be the change makers who create a world of unity, respect and tolerance.”

Reflecting on the encounter, Toly said it was clear Wagner practiced what she preached. “I had very much gotten the impression that Ms. Wagner would have been standing among us at the rally for racial justice, if she could have been,” he wrote.