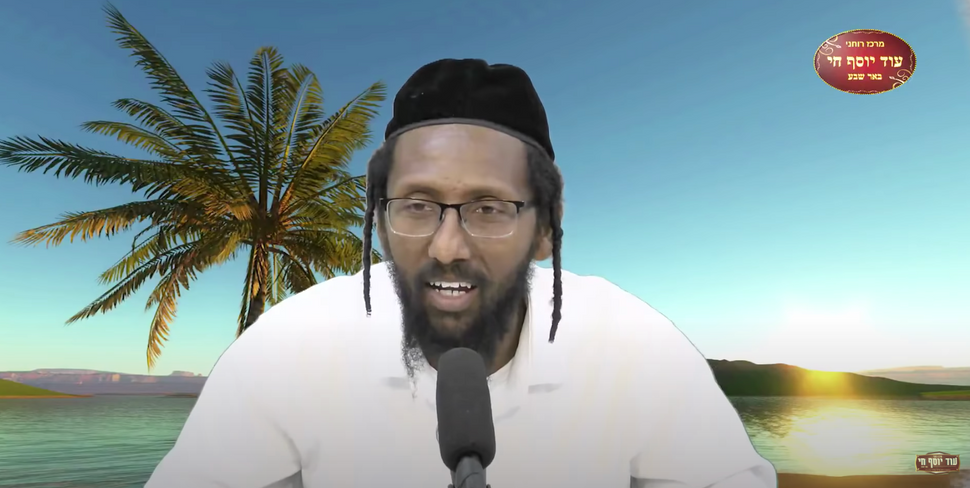 JERUSALEM (JTA) — An incoming member of the Knesset, a member of the Sephardic Orthodox Shas party, said in public lectures on the Torah that women’s immodesty causes breast cancer and miscarriages.

Rabbi Baruch Gazahay also said in a lecture recorded in 2016 that “A woman who was used to revealing her upper parts usually is reincarnated as a cow, whose upper parts are exposed.”

Gazahay was set to enter the Knesset on Tuesday after the passage Monday night of an expanded Norwegian Law, which would allow up to five government ministers from each party to resign from the Knesset and maintain their ministerial portfolios, allowing the next names on the party lists to enter as lawmakers. The legislation benefits Blue and White because 12 of its 15 Knesset members held ministerial portfolios, leaving a shortage of lawmakers to work on Knesset committees.

Gazahay, 38, is head of the Od Yosef Chai yeshiva in Beersheba. He was born in Ethiopia but arrived in Israel as a baby, the Kan public broadcaster reported. He became religiously observant as an adult.

He also said during the 2016 lecture regarding modesty for women: “That is why women have to be covered up there. This is one of the reasons women suffer from breast cancer, because everyone looks at them and it causes the evil eye. It is also one of the reasons why women – God forbid – have miscarriages. They post pictures of themselves on Facebook showing their exposed bellies.”

Gazahay’s YouTube channel features many videos that criticize or mock women up to 2019, The Times of Israel reported.

Shas party head Aryeh Deri said he had spoken to Gazahay and “made it clear that these remarks are unacceptable and do not represent the Shas movement, and Rabbi Gazahay understood this,” according to Kan.

Deri also said that Gazahay said the quoted remarks were just a few sentences out of hours of lectures and were taken out of context.