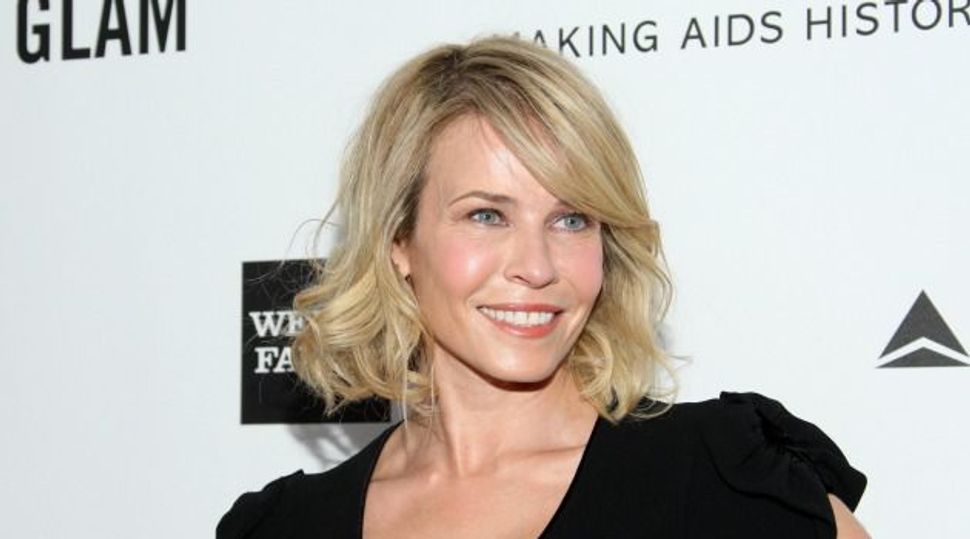 (JTA) — Chelsea Handler deleted a video clip of Nation of Islam leader Louis Farrakhan that the Jewish comedian posted on Instagram, including a defense of Farrakhan’s virulent anti-Semitism.

Handler had come under criticism in the comments to her post of Sunday, which was deleted without explanation on Tuesday. She has nearly 4 million followers on the social media platform.

Farrakhan has called Jews “satanic” and compared them to “termites.” He has accused Jews of controlling the government and Hollywood, and has called Adolf Hitler a “great man.”

The clip was from a Farrakhan appearance on “The Phil Donahue Show,” once a popular talk show, on the topic of racial prejudice.

“I learned a lot from watching this powerful video,” she wrote.

In defending Farrakhan, Handler wrote: “Another thing: perhaps Farrakhan’s anti-Semitic views took form during his own oppression. We know now that oppression of one race leads to an oppression of all races.”

She also responded to a comment about whether she would post a video of Hitler, writing “no, because Hitler was responsible for killing millions of lives. Farrakhan is just responsible for his own promotion of anti-Semitic beliefs. They are very different.”

The post Chelsea Handler deletes video clip of Louis Farrakhan that included a defense of his anti-Semitism appeared first on Jewish Telegraphic Agency.