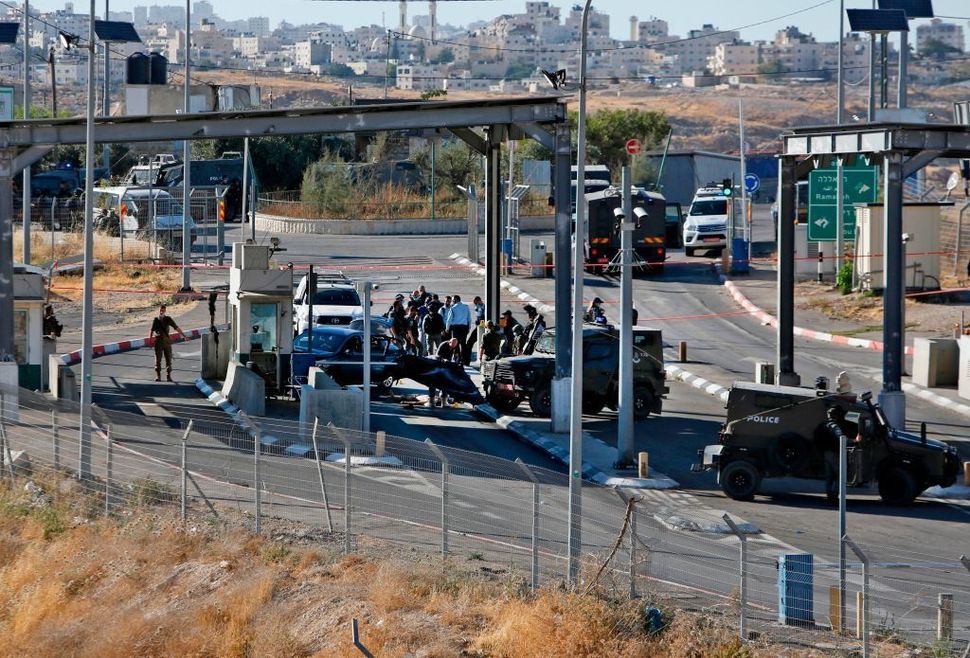 Israeli security forces gather at the site of a reported ramming attack at a checkpoint in the occupied West Bank near the village of Abu Dis on June 23, 2020. Image by MUSA AL SHAER/AFP via Getty Images

JERUSALEM (JTA) — A Border Police officer was injured in what Israel police are calling an attempted car-ramming attack by a Palestinian man in the West Bank.

The Palestinian driver attempted to run over the female officer at a high speed on Tuesday afternoon near the city of Maale Adumim, some four miles east of Jerusalem. He was shot by other officers and died of his injuries, according to the Israel Police. The officer was taken to the hospital for treatment.

A car-ramming attack at the same checkpoint occurred in April.