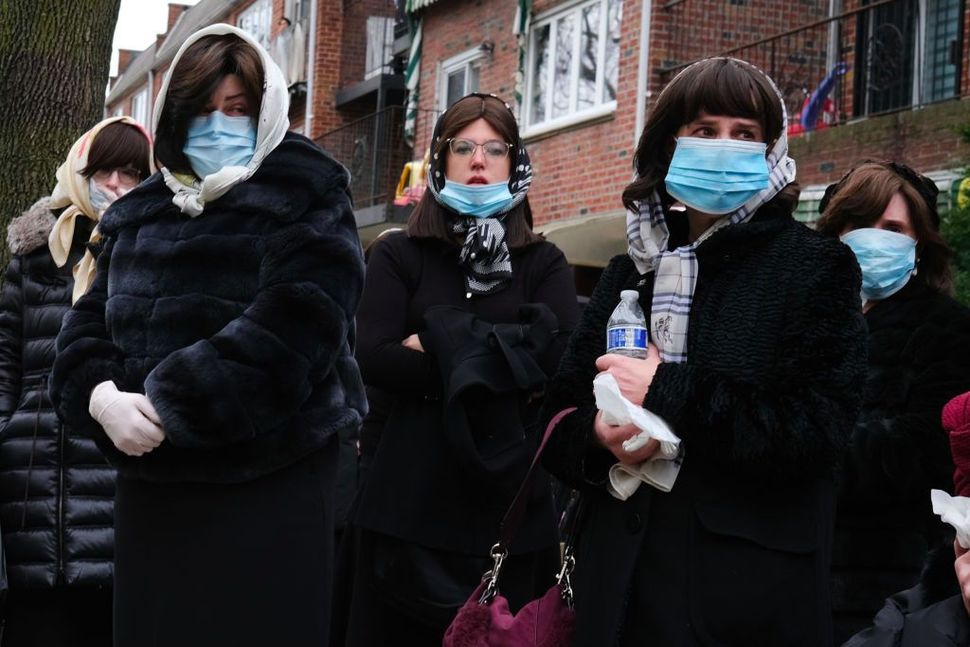 “During the period in which all gatherings were banned, you reportedly sent police officers to break up numerous gatherings of the Jewish community in New York, including reported outdoor gatherings for funerals,” the letter reads.

In April, de Blasio took heat for directing a tweet at “the Jewish community” after a funeral that drew thousands to the streets of Brooklyn. Dozens of Jewish organizations condemned de Blasio’s tweet, accusing him of “scapegoating” the entire community.

The letter, which was sent Friday, accuses de Blasio of being more lenient with secular gatherings, such as the George Floyd protests. The letter came as Orthodox camp directors are suing Governor Andrew Cuomo for closing sleepaway camps and three Orthodox Jews have sued Cuomo and other New York officials over restrictions imposed on houses of worship.

“Agudath Israel of America appreciates the Department of Justice’s acknowledgement of this issue and for calling out the incongruous behavior of Mayor de Blasio,” they wrote in a press release Tuesday.

Geoffrey Berman, the former U.S. attorney for Manhattan who was abruptly dismissed over the weekend, apparently refused to sign the letter, a move which contributed to his dismissal, according to the Wall Street Journal.

Once an ally of the city’s Orthodox communities, De Blasio has been the subject of several protests organized by Orthodox Jews in recent weeks. Last week, Orthodox lawmakers led protests calling on the mayor to open New York City’s playgrounds and later cut the chains off the playgrounds themselves. Another group of protesters gathered Monday night near Gracie Mansion, the official mayoral residence, to protest the lack of action over fireworks being set off every night in Brooklyn.