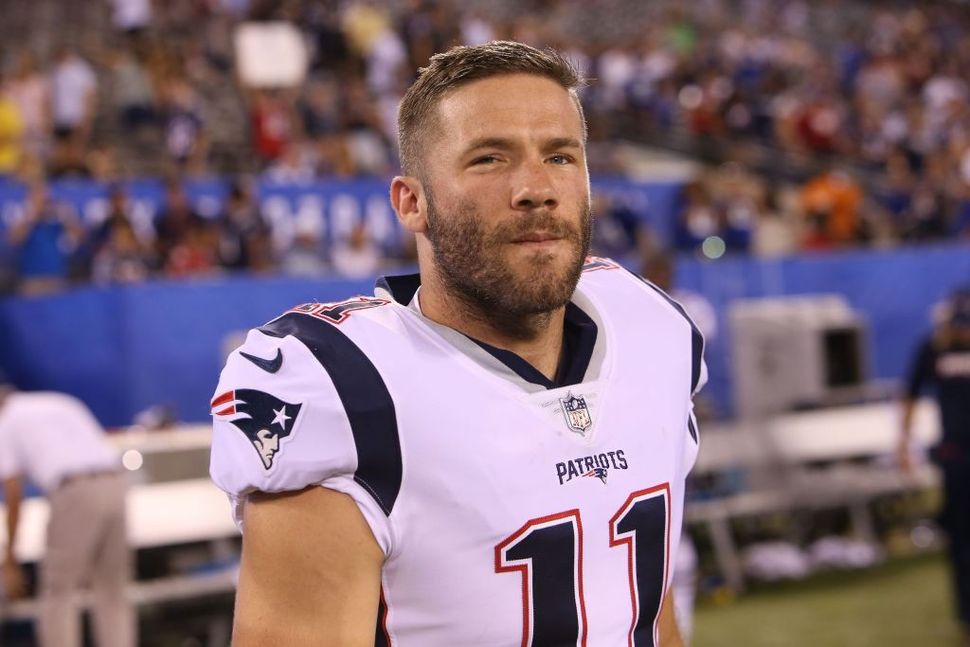 “DeSean and I spoke for awhile last night,” Edelman tweeted Friday. “We’re making plans to use our experiences to educate one another and grow together. Stay tuned.”

Jackson had posted quotes attributed to Adolf Hitler on Instagram, including one accusing “white Jews” of having a “plan for world domination.” He also posted admiringly about the Nation of Islam leader Louis Farrakhan, who has compared Jews to termites and otherwise disparaged Jews. The Eagles wide receiver later removed and apologized for the posts.

DeSean and I spoke for awhile last night. We’re making plans to use our experiences to educate one another and grow together. Stay tuned.
✊?✊?✊?✊?✊?@DeSeanJackson10

On Thursday, Edelman had invited Jackson to tour the U.S. Holocaust Memorial and Museum with him and in turn tour the National Museum of African American History and Culture, both in Washington, D.C.

“I know he said some ugly things, but I do see an opportunity to have a conversation,” Edelman said in an Instagram video. “I am proud of my Jewish heritage. But for me it’s not just about religion. It’s about community and culture as well.”

The post Julian Edelman speaks with DeSean Jackson about educating each other in aftermath of anti-Semitic posts appeared first on Jewish Telegraphic Agency.