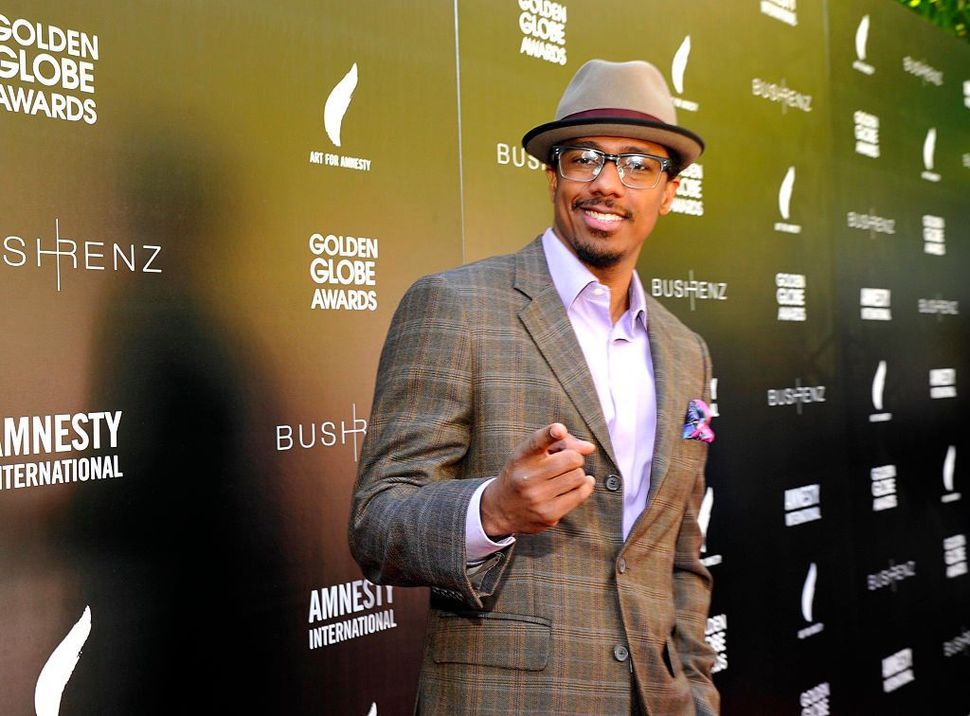 (JTA) — The premiere of Nick Cannon’s daytime talk show was delayed to 2021 in the latest fallout over anti-Semitic expressions the actor used in an episode of his podcast.

But the show’s production company said in a statement that it would stand by the television host, Variety first reported Friday.

“After conversations with Nick, we do believe that his public comments don’t reflect his true feelings and his apology is heartfelt and sincere,” said the statement from Debmar-Mercury, a Lionsgate subsidiary. “We want to continue the healing process as he meets with leaders of the Jewish community and engages in a dialogue with our distribution partners to hear their views. We are standing by Nick in our hope that by fall 2021 he will be able to use his extraordinary talent and platform to entertain, enlighten and unite his audience on the ‘Nick Cannon’ talk show.”

In his “Cannon’s Class” video podcast from last month, Cannon calls Black people the “true Hebrews” and espouses anti-Semitic conspiracy theories about Jewish wealth and the Rothschilds. He also praises Louis Farrakhan, the Nation of Islam leader with a long history of anti-Semitic comments, saying he “has been demonized.”

After the comments came to light last week, ViacomCBS severed its longstanding relationship with Cannon. But Cannon offered ‘sincere apology’ for the podcast in a tweet on Wednesday, after talking to Rabbi Abraham Cooper, the associate dean of the Simon Wiesenthal Center, and Fox said that day that he would remain the host and executive producer of “The Masked Singer.”

On Friday, Cannon said he had been dismayed by some reactions to his apology. “I hurt an entire community and it pained me to my core, I thought it couldn’t get any worse,” he tweeted. “Then I watched my own community turn on me and call me a sell-out for apologizing. Goodnight. Enjoy Earth.”