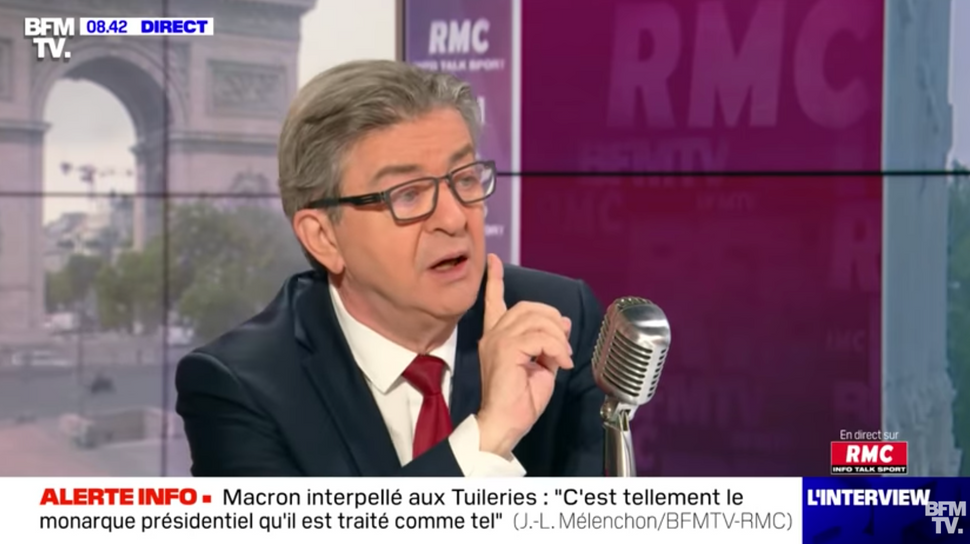 (JTA) — A far-left French politician accused Jews of deicide, or being responsible for the death of Jesus, during a television interview.

Jean-Luc Melenchon, the founder of the democratic socialist La France Insoumise, or Unsubmissive France party, and a member of the National Assembly, made the remarks on Thursday in an interview on the French BFM-RTL TV news channel.

Asked if the French police were supposed to stand back in the face of violent protest, Melenchon responded that they needed to “stay put like Jesus on the cross without reacting.” He added that “I don’t know if Jesus was on a cross, but he was apparently put there by his own people,” he said, meaning Jews, and thus repeating the anti-Semitic canard that the Jews killed Jesus.

The Wiesenthal Center director for International Relations, Dr. Shimon Samuels, said that “the repeated accusation of deicide — throughout the Middle Ages — resulted in pogroms, torture and execution of Jewish communities. Its imagery fueled violence across Europe, culminating in the Nazi Holocaust.”

He noted that the accusations were condemned by the papal encyclical Nostra Aetate in 1965.

He called on Melenchon to publicly withdraw his discriminatory comments and apologize for the false accusations.

“This old thesis of the responsibility of the Jewish people for the death of Jesus, rejected for decades by all historians and exegetes, and condemned by all the Churches, gave birth, as we know, to deadly anti-Judaism and anti-Semitism. whose culmination was the Holocaust,” its statement said.