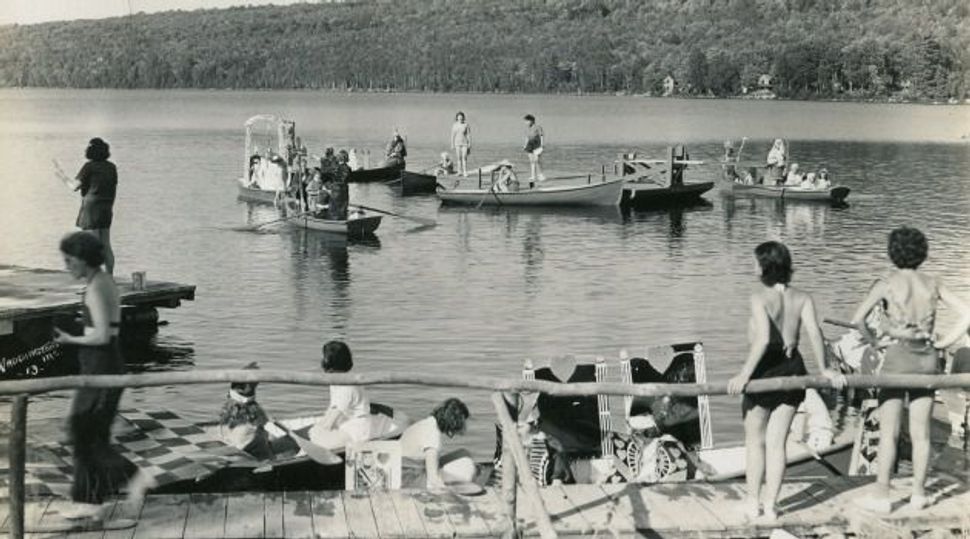 Image by Courtesy of Camp Modin

(JTA) — Camp Modin, a Jewish overnight camp in New England that opened even as scores of others closed this year, got some good news last week: All of its campers have tested negative for COVID-19.

“We informed the campers and staff this evening that our collective efforts have delivered the successful results we have all been dreaming about,” read an email sent to parents last week by the camp’s directors. “Although we can now take a moment to catch [our] breath, we will remain vigilant as we move forward, with the singular goal of mitigating risk.”

The camp, which is in Maine, announced in May that it would open, even as camps across the country and the Jewish religious spectrum announced that they would be shutting down this year due to state regulations or the risk of a COVID-19 outbreak. Modin tested its campers and staff several times, in addition to a range of other safety precautions.

On Thursday, the camp plans to hold an “in-person Modin B’nai Mitzvah celebration” in honor of its campers who were unable to celebrate their bar, bat or b’nai mitzvahs with friends this year.