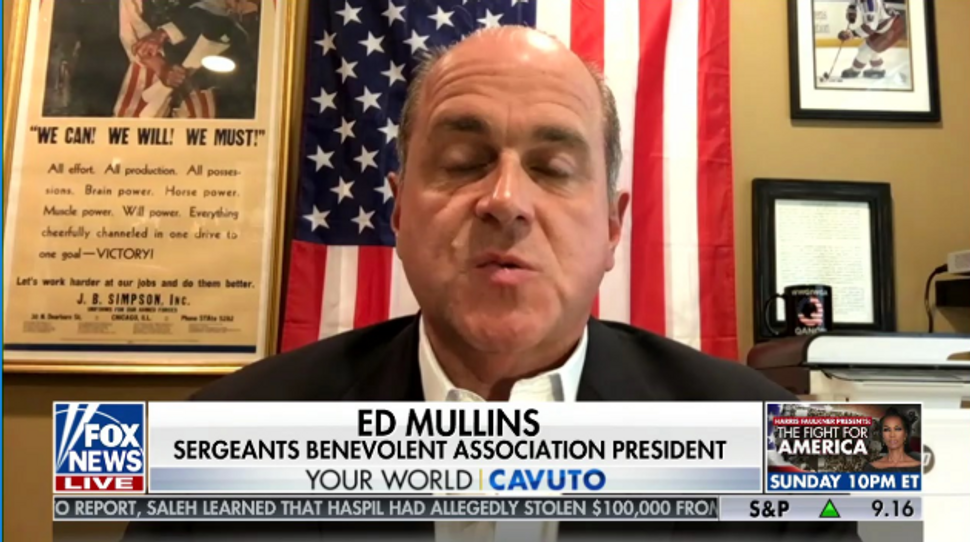 Ed Mullins appears on Fox News with a QAnon mug in the background. Image by Timothy Burke

The president of the Sergeants Benevolent Association, one of New York City’s largest police unions, appeared twice last week on Fox News with a “QAnon” coffee mug in the background.

The mug, which appeared behind Ed Mullins during his television appearances, was stamped with a red, white and blue “Q,” the word “QAnon” and an abbreviation for “Where We Go One, We Go All,” a slogan for the far-right movement that believes that the Democratic party is running an underground pedophilia ring, among other conspiracy theories.

QAnon believers’ targeting of George Soros and the Rothschilds, as well as theories about secret elites, tap into age-old anti-Semitic tropes.

Mullins said he was borrowing the office for his appearances and said he has “no idea” what QAnon is. He called questions about the mug “ridiculous.”

The FBI considers the QAnon movement to be a potential domestic terrorism threat.