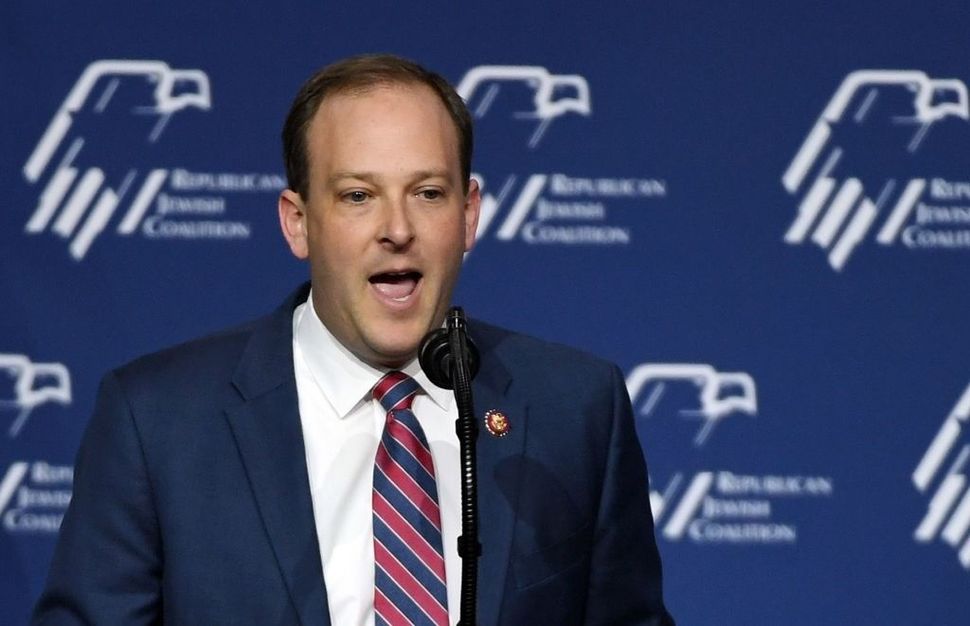 The House of Representatives voted Wednesday to call for the removal of Confederate statues from the U.S. Capitol complex.

The measure passed 305-113. Every Democratic member of Congress, including the 26 Jewish Democrats in the House, voted in favor, while the Republican caucus was split about evenly. The House’s two Jewish Republicans, Reps. Lee Zeldin of New York and David Kustoff of Tennessee, voted against the resolution.

The resolution specifically called on the architect of the U.S. Capitol, who oversees the facility, to remove a statue of former Supreme Court Chief Justice Roger Taney, who wrote the Dred Scott decision denying citizenship to Black people, and replace it with a statue of Thurgood Marshall, the first African-American Supreme Court Justice. The measure also called for the removal of statues honoring figures who volunteered to serve the Confederacy, at least 10 of which have been identified.

Zeldin, a Long Island-based representative, and Kustoff, who represents parts of western Tennessee outside of Memphis, are both staunch allies of President Trump, who has opposed the removal of statues or the renaming of military bases honoring Confederate leaders.

Zeldin has periodically been the subject of protests from Jewish groups, including a 2017 rally organized by Bend the Arc calling on the congressman to vote to remove Confederate statues from the Capitol.