Florida man to be charged with vandalism of 2 synagogues 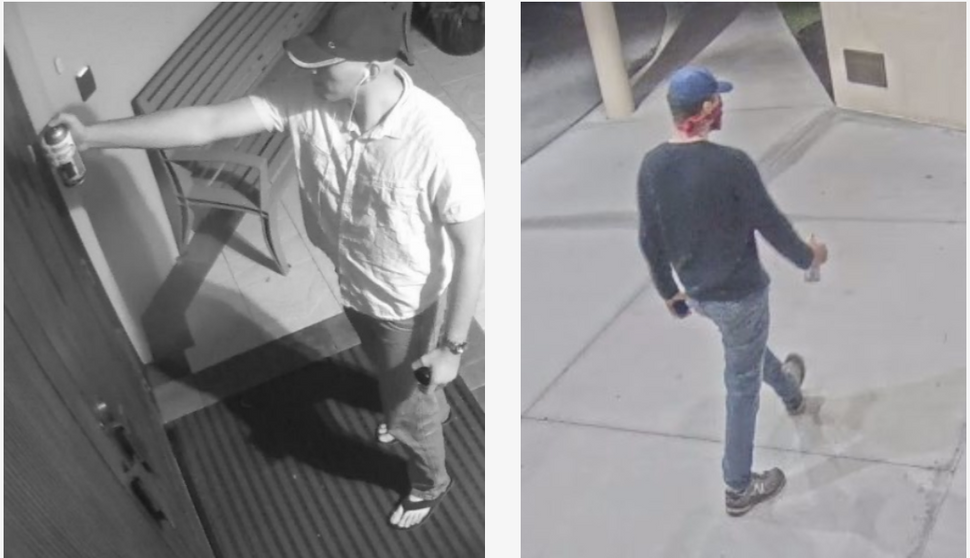 (JTA) — A Florida man is being charged in connection with the vandalism of two Reform synagogues in Sarasota.

All of the incidents were captured on security footage and by security cameras at a nearby ATM.

Warrants for Martinez’s arrest were issued Wednesday, according to the statement.

Martinez, who was placed at the scenes of the incidents using cellphone records, faces three counts of criminal mischief by defacing and damaging a synagogue, all classified as felony hate crimes. He is at a secure medical facility pending his arrest, according to the statement.

The Temple Sinai campus was extensively vandalized in the July 15 attack, including many walls made of porous Jerusalem stone, making the removal of the messages difficult. In April, swastikas were spray-painted on the doors of Temple Emanu El, which was again vandalized on July 15.

The post Florida man will be charged with vandalism of 2 Reform synagogues in Sarasota appeared first on Jewish Telegraphic Agency.

Florida man to be charged with vandalism of 2 synagogues