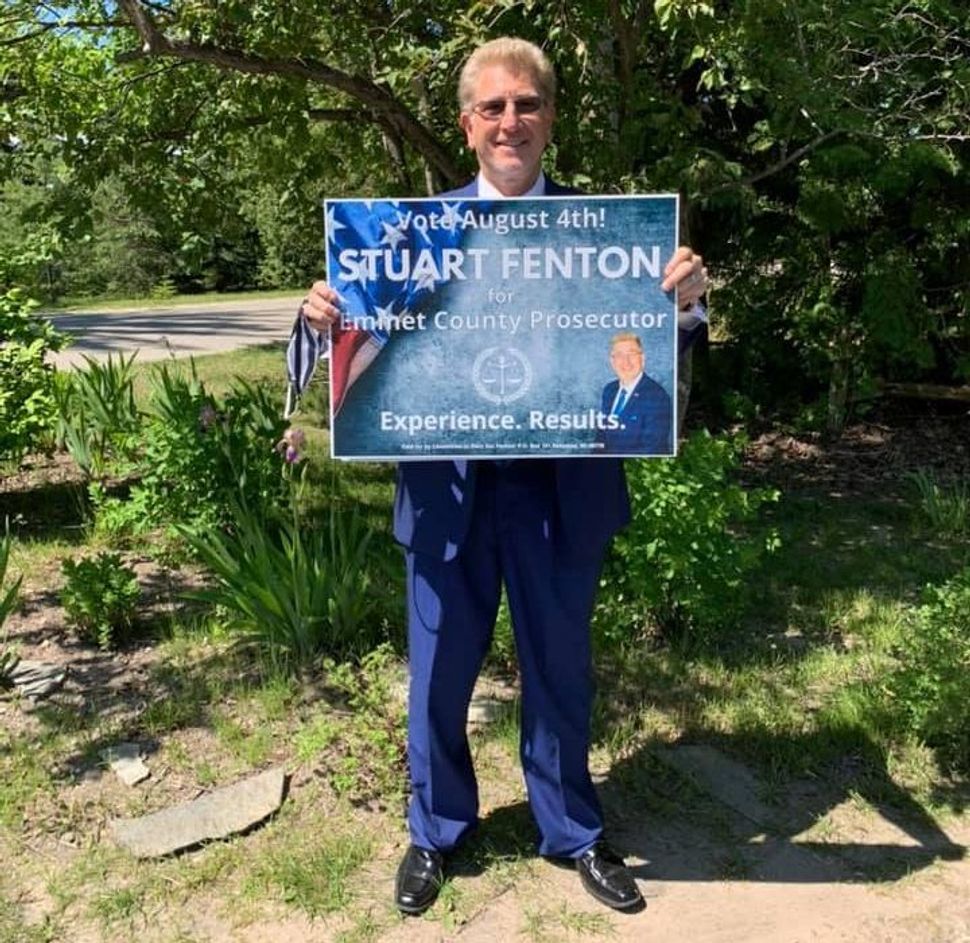 Stuart Fenton, a candidate for Emmet County prosecutor in Michigan. Image by Facebook

A Jewish candidate for county attorney in Michigan is taking offense to ads from his opponent, who in a recent mailing and Facebook post calls himself “a candidate… who is truly a Christian.”

Stuart Fenton is running to be the top prosecutor in Emmet County, in northern Michigan. His opponent, James Linderman, a four-term incumbent, has made his religion an issue in the race, partially in the context of his support for limits on access to abortion.

“Jim is a proud Christian Conservative who is 100% pro-life,” reads Linderman’s ad, illustrated with a blue-eyed baby. “He has been a life-long supporter of the lives of the unborn and his Christian principals have guided him during his time in office as Prosecutor.”

Fenton — a former assistant county prosecutor fired from the office by Linderman in 2019 — called the ad “religion-baiting and pandering” and “un-Christian-like.”

“What’s the message he’s sending — ‘Keep the Jews out?’” Fenton told the local Petoskey News. “Why and how is that a relevant issue to the job description of prosecutor? Aren’t church and state supposed to be separate?” 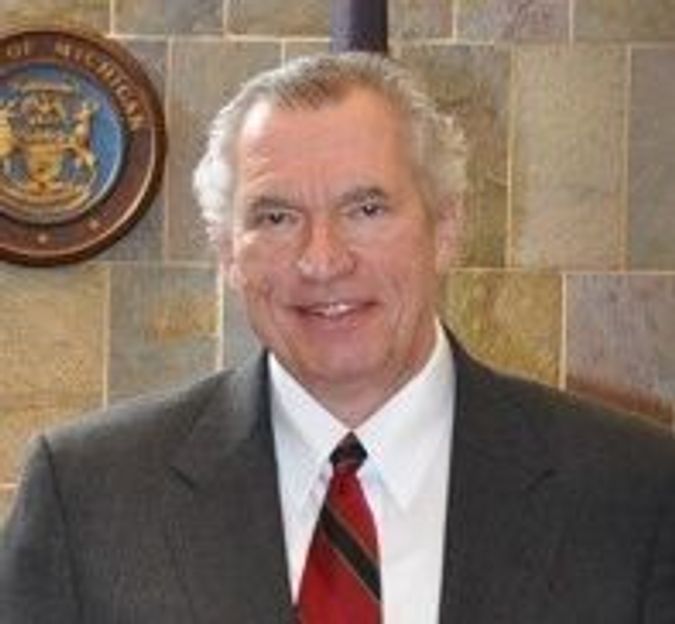 In a response on Facebook, Fenton said that people had contacted him over the offense they took at the ad. He referred to himself as “a member of the ‘chosen people’ of the Bible.”

The campaign was already acrimonious. Michigan’s Department of State began investigating a complaint filed by Fenton, which charged that Linderman had sent a campaign press release from his official email address.

In recent Facebook posts, Fenton has displayed his handguns and his “Thin Blue Line” version of the American flag to show his support for the Second Amendment and law enforcement. In 2018 county voters voted in all-Republican candidates across the ballot.

There is a small Jewish community in the area centered on Petoskey, the Emmet County seat and a northern resort town on Lake Michigan’s shore. Its only synagogue, Temple B’nai Israel, calls itself “Northern Michigan’s only Jewish synagogue.”