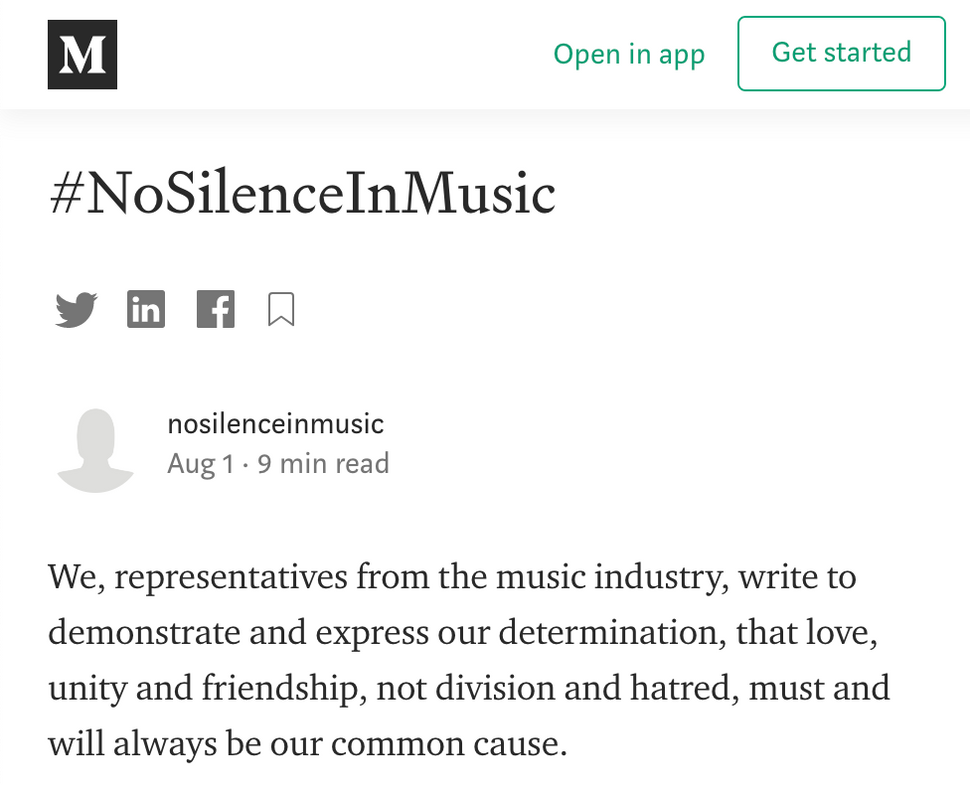 (JTA) — Hundreds of British musicians and music industry leaders have signed an open letter condemning anti-Semitism and other forms of hate in the wake of the scandal involving English rapper Wiley, who was banned from Twitter for posting anti-Semitic tweets.

“Whether it be systemic racism and racial inequality highlighted by continued police brutality in America or anti-Jewish racism promulgated through online attacks, the result is the same: suspicion, hatred and division,” reads the #NoSilenceInMusic letter, published Saturday.

“From slavery to the Holocaust we have painful collective memories. All forms of racism have the same roots — ignorance, lack of education and scapegoating.”

The display of solidarity from prominent British pop stars, songwriters, producers, managers, record labels and publishers, most of them not Jewish, comes a week after Wiley’s Twitter spree drew widespread attention. Many British Jews boycotted Twitter for 48 hours last week to protest the platform, which allowed the tweets to remain up for days before deleting them and then banning Wiley entirely. The rapper said he had been lashing out because of his anger at his Jewish manager.