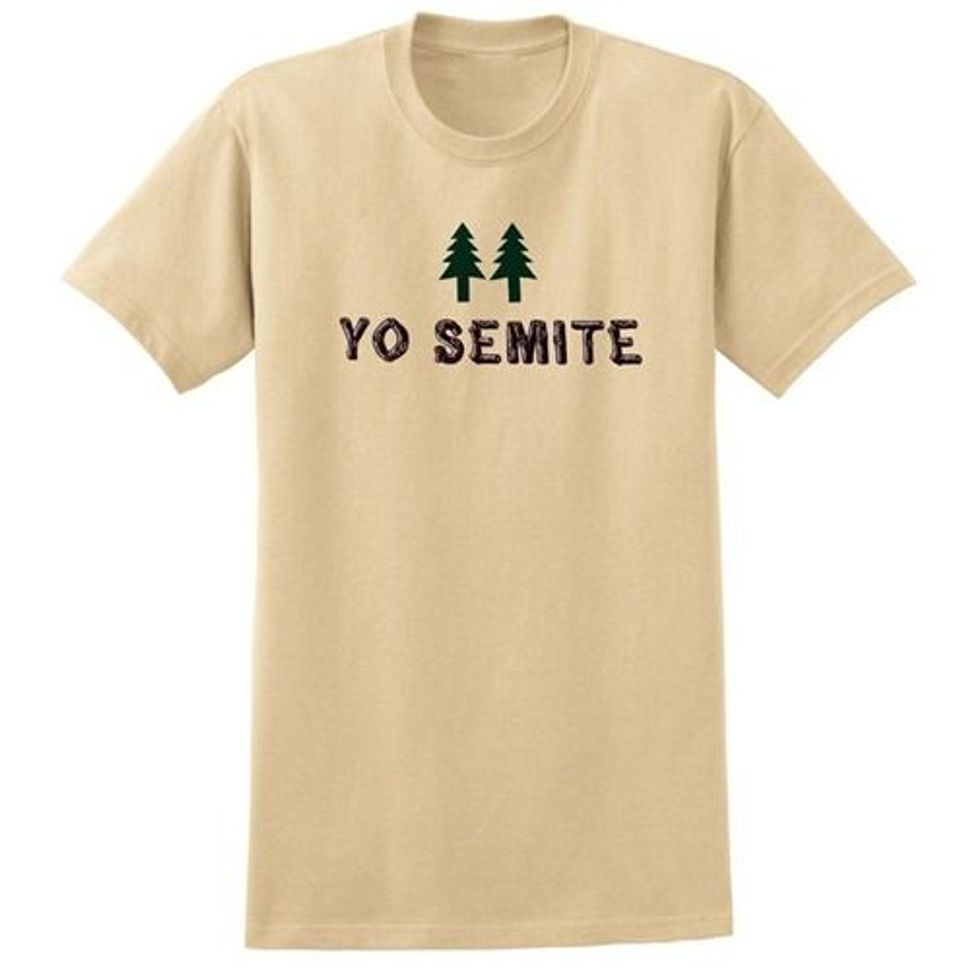 This shirt is flying off the virtual shelves since President Trump mispronounced the name of the national park. Image by National Museum of American Jewish History

Digital Media Creator Sarah Lefton’s “Yo-Semite” t-shirt always gets a sales boost when Yosemite National Park makes the news. Even Apple’s 2014 “Yosemite” system upgrade gave t-shirt orders a bump. Still, nothing could have prepared Lefton for Tuesday morning, when she checked her phone and discovered hundreds of Twitter mentions.

“It took me just a couple of minutes to find the Trump clip,” said Lefton, “and I immediately knew that I was going to sell thousands of t-shirts.”

On Tuesday morning, President Trump went viral after mispronouncing Yosemite National Park as “Yo-Semite” National Park at the bill-signing ceremony for a bipartisan conservation act. The error was quickly tweeted, parodied, and made into memes, causing sales of “Yo-semite” shirts to spike. They haven’t stopped selling since.

When Lefton created the shirt 16 years ago at a Jewish summer camp, she never expected it to become a political statement. But she’s not surprised by how popular the tees have become and remained in the Jewish-American community.

“It’s just all culture and identity,” said Lefton. “It’s a way to embrace your roots that feels really wide and affirming.”