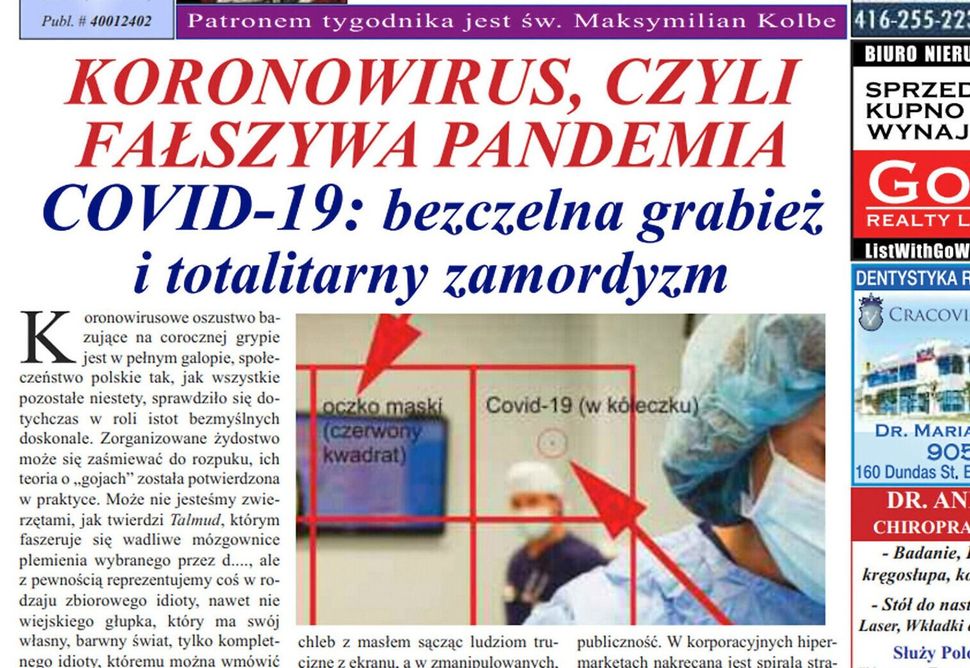 (JTA) – A Polish-language newspaper in Toronto has published an article blaming Jews for the coronavirus pandemic.

B’nai Brith Canada, an organization that fights anti-Semitism, has filed a police complaint over the article published twice by the Głos Polski weekly.

“Propagating the lie that Jews are responsible for COVID-19 must be met with criminal charges, especially when someone does so repeatedly,” said Michael Mostyn, the CEO of B’nai Brith Canada.

According to B’nai Brith, the article blamed the coronavirus pandemic on the Jewish community, claimed Jews were responsible for the creation of ISIS, and called Israel the source of the world’s problems and “an emanation of the Devil himself.”