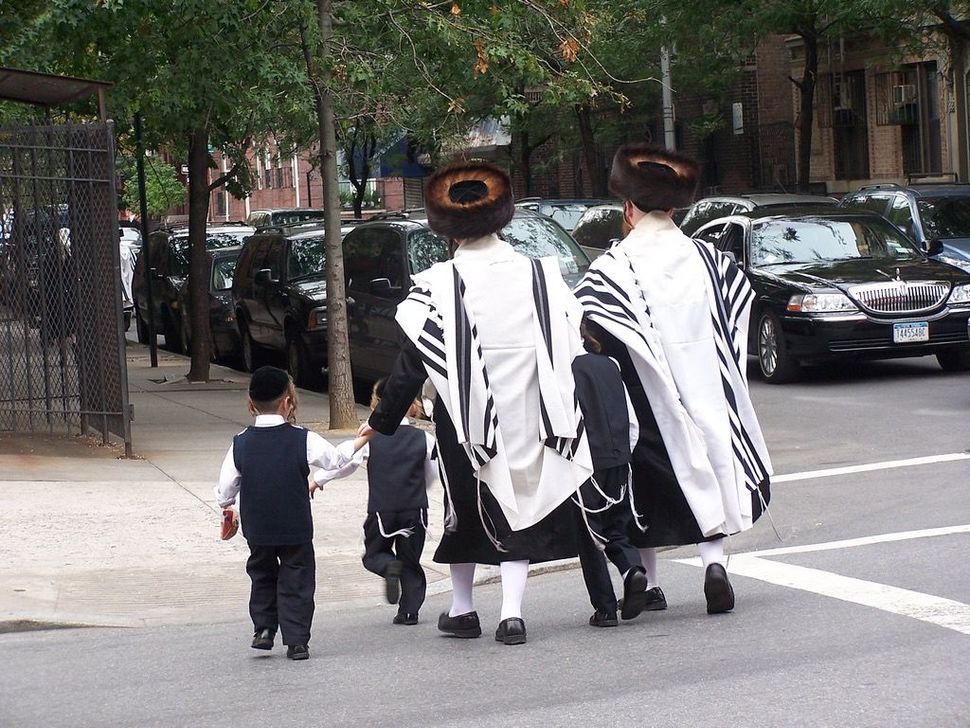 (JTA) – Before the coronavirus pandemic hit New York City, Rabbi Avi Greenstein knew he needed to make a big push to have people in his neighborhood fill out the census.

In Borough Park, where Greenstein serves as executive director of the Boro Park Jewish Community Council, only 49.2% of residents filled out the census in 2010, the last year it was conducted, compared to 61.9% across New York City. Thus the neighborhood, where many Orthodox Jews live, lost out on federal funding that is allocated based on population.

A researcher at George Washington University estimated that for every person who was not counted in the 2010 census, the state where they live lost $1,091 in federal funding in 2015 for some of the federal programs whose funding is determined by the census.

Greenstein wanted to help Borough Park do better this time. But then the pandemic hit, making in-person outreach all but impossible. And last week, the Census Bureau cut the census period to 10 weeks from 14.

Now the count will end a month earlier than originally scheduled, on Sept. 30, right in the middle of the Jewish holiday season, and Greenstein and other community leaders worry that the Orthodox community could be severely undercounted.

“It’s something that’s very concerning to us as a community,” said Greenstein, whose organization helps coordinate social services for Jewish residents of Borough Park. “When we have something that’s so simple to do and there’s so much on the line for it, it’s quite frustrating when the numbers are low.”

The census was originally supposed to be completed by July, but was extended to Oct. 31 due to the pandemic. But in a statement last week, the Census Bureau announced it would end the count on Sept. 30. Democrats have argued the move is an attempt to favor Republicans in the next reapportionment of House seats by ensuring that hard-to-count groups, who primarily live in majority Democrat states, are not counted.

While the shortened deadline for the census will make it harder to achieve increased participation across the country, it may have particularly dire consequences for the Hasidic community.

In Orthodox neighborhoods, participation in the census has never been high. Minority communities in general tend to be undercounted in the census and Hasidic Jews, who in some areas primarily speak Yiddish, are no exception.

The city dedicated $3 million to placing ads in the ethnic media, including some for Yiddish-language advertisements. But a large chunk of the money went toward ads that Hasidic Jews might never see: Many were run on television and through digital advertising, but most Hasidic Orthodox Jews do not own TVs or use computers at home.

While much of Borough Park has returned to the regular routines of daily life, making some face-to-face outreach possible, the summer season also means a large portion of the Hasidic community is not home. Many Hasidic families in Brooklyn spend the summer in bungalow colonies in upstate New York, returning to Brooklyn in September for the start of school and the fall holidays.

The Brooklyn Public Library, one of the city public libraries to receive a grant from the New York City census campaign to do outreach among its patrons, had been planning to have the outreach workers stationed at branches to help people fill out the census on library computers. When the pandemic ruled that out, Danielle Deluty, one of the library’s census navigators, began making phone calls through the Met Council, a social service organization that is the largest distributor of kosher food to poor New Yorkers, to connect them directly to a census worker.

Deluty said she’s reaching a few dozen people in each of her weekly phone banking sessions — but it’s clear that many people are not available to respond.

“Not only is there the digital divide and the language barrier, but also are people even going to be home? A lot of them will not be,” she said.

Alex Rapaport, a community activist who runs Masbia, a soup kitchen whose main branch is located in Borough Park, said there may be even less interest in participating this year because of frustration over the way the coronavirus pandemic has been handled by local and state officials.

In April, New York City Mayor Bill de Blasio called out “the Jewish community” in a widely criticized tweet after a rabbi’s funeral drew thousands of Hasidic Jews into the streets during the city’s lockdown. The incident damaged what had long been a close relationship.

“There’s a very deep contempt for the current system, even if they don’t know which one is city, which one is state, which one is federal,” Rapaport said. “People feel the opposite of taxation without representation — forcing me to fill out another document feels like another tax.”

Greenstein agreed, noting that people often conflated problems that stemmed from local government with the federal government and vice versa.

“They’re cutting off their nose to spite their face, but they don’t realize, he said.”

Greenstein’s Boro Park JCC had been hoping to spend September and October, when most of the community returns to Brooklyn and can be reached through synagogues or schools, getting out the message. Rabbis would be encouraged to speak about the importance of the census at their synagogues over the High Holidays, and schools would be encouraged to teach children about the census in a bid to encourage parents to participate.

With a shortened census period, however, Greenstein isn’t sure how he will reach everyone he needs to reach in time to meet the Sept. 30 deadline.

“Now that a month has been taken away,” he said, “we have to go back to the drawing board and figure out what to do with this new reality.”