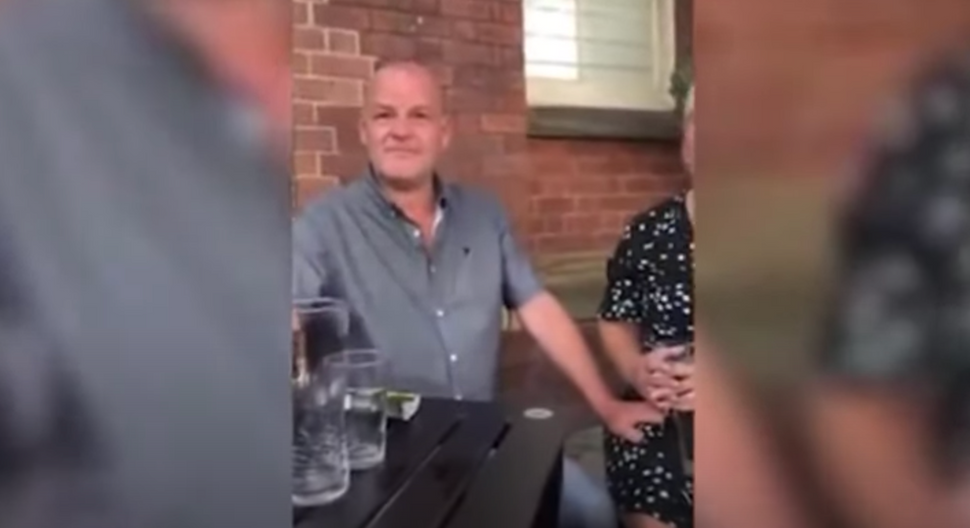 Danielle Greyman, a 21-year-old sociology student, filmed the incident at a pub in Leeds. The patron self-identified to her that he was German. Image by youtube

(JTA) — An argument at a British pub over social distancing sparked an altercation in which one patron told a Jewish student that “we should have f ***|ing gassed the lot of you.”

Danielle Greyman, a 21-year-old sociology student, filmed the incident Thursday at the Hedley Verity pub in Leeds, in northern England. The patron self-identified to her that he was German.

Greyman, who was at the pub to meet friends for a drink, said “there were two strangers at our table not socially distancing and refusing to move,” she told MailOnline. After the argument, Greyman said the man asked if she was Jewish, at which point she started filming the exchange.

Greyman asked the man whether she looked Jewish, to which he replied in the affirmative.

Another man at the bar threatened to hit Greyman, she said.

The man who spoke about gassing Jews left with the other “stranger,” a woman, at the staff’s request. Yorkshire Police said they were looking into the incident but had not received a formal complaint about it.

Separately, a patient at a London-area hospital complained to management that a caretaker there had assaulted an elderly patient after learning the man was Jewish.

Northwick Park Hospital in Harrow is investigating and notified police, a spokesperson for the hospital told The Jewish Chronicle, according to an article published Monday by the newspaper.

The post Pub patron in England tells Jewish student: ‘We should have f***|ing gassed the lot of you’ appeared first on Jewish Telegraphic Agency.