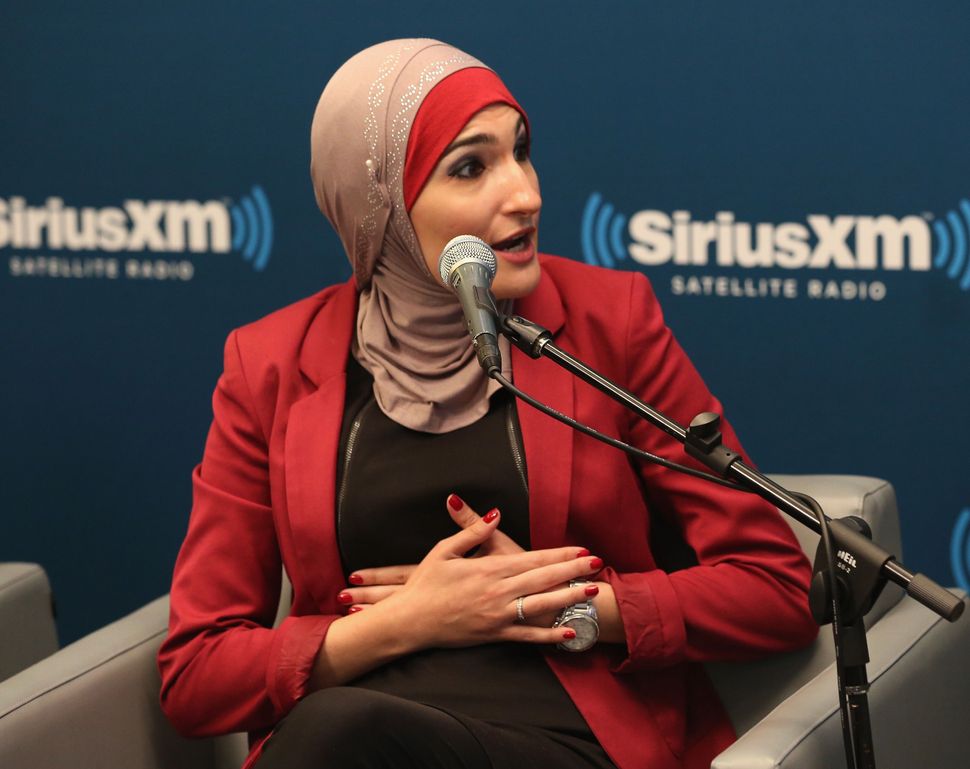 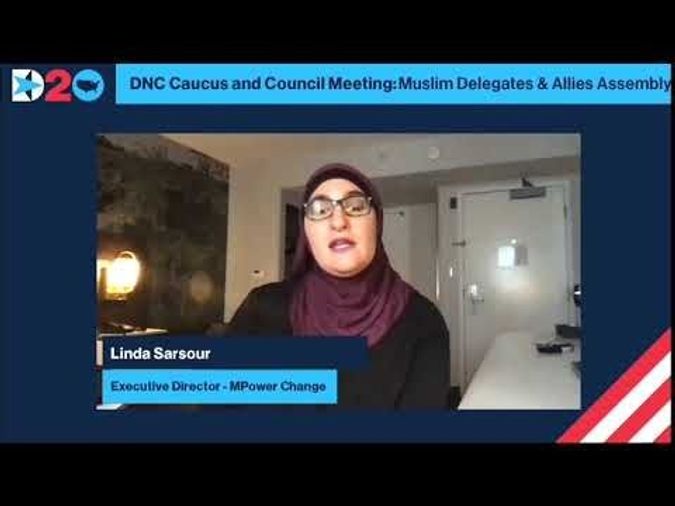 Linda Sarsour appears onscreen during a meeting at the DNC. Image by youtube

“Joe Biden has been a strong supporter of Israel and a vehement opponent of anti-Semitism his entire life, and he obviously condemns her views and opposes BDS, as does the Democratic platform,” Biden campaign spokesperson Andrew Bates said in a statement.

Sarsour quickly shot back on Twitter. “Just came here to remind you that you need a coalition to defeat Donald Trump and that Muslim Americans are an important voter bloc in key states like Michigan, Wisconsin, Virginia, Texas, Pennsylvania & I know a little something about how to organize them,” she wrote.

In her appearance at the DNC’s Muslims and Allies virtual event, Sarsour said that she was willing to put aside her prior support for Sen. Bernie Sanders in pursuit of a Biden victory.

“The Democratic Party is not perfect, but it is absolutely our party at this moment,” she said. “I am here to say that I’m not looking for perfection. I’m looking to defeat fascism.”

Sarsour, an anti-Zionist who supports the boycott, divestment and sanctions movement against Israel, received criticism when she led the Women’s March due to her past ties to the antisemitic Nation of Islam leader Louis Farrakhan.

Republicans quickly jumped on Sarsour’s virtual presence at the DNC.

“It is outrageous that the Democratic National Committee would allow Linda Sarsour to represent their party to American voters,” Republican Jewish Coalition executive director Matt Brooks said in a statement. “Sarsour’s blatant anti-Semitism finally made her so treif that the radical Women’s March organization had to force her out of her leadership role, but she’s still kosher for the Democrat Party.”