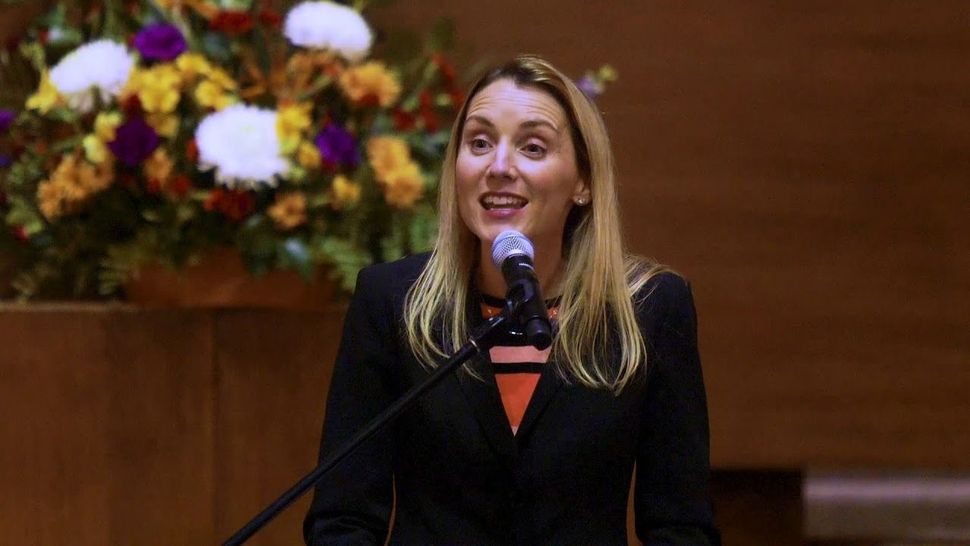 Rabbi Lauren Berkun is set to take the virtual stage on Thursday to deliver one of the nightly benedictions at the Democratic National Convention.

Berkun, the sole rabbi chosen to deliver a benediction, is the vice president of rabbinic initiatives at the Shalom Hartman Institute of North America. She talked to the Forward about what it takes to craft a prayer fitting for such a key moment in the party’s history.

“When I was invited to offer part of an interfaith benediction, with a 40-second time allotment, I definitely struggled with how to best contribute a meaningful spiritual message that would reflect Jewish values and also speak to all Americans across religious and political differences,” she said.

Almost every major figure who has spoken at the convention so far has spoken about how divided the country is under the Trump administration. According to Berkun, it’s not just a problem faced by politicians.

“One of the greatest challenges rabbinic leaders face today in America is political polarization and the way in which policy disagreements, whether related to Israel or American politics, are dividing communities,” she said.

Addressing those divides has been a key part of her job at the Shalom Hartman Institute, a pluralistic Jewish educational center. Berkun said she was inspired by the Jewish concept of the beit midrash, a house of study – and, frequently, a house of debate over important religious ideas.

“The ancient rabbis modeled a form of communal discourse that allowed for a wide range of opinions on matters of theology, ethics, and practice,” Rabbi Berkun said. “The beit midrash has always been a place that celebrates multiple voices and the religious humility to know that no single human being or school of thought can have a monopoly on divine Truth.”

With less than a minute allotment, Berkun had a lot she wanted to put into her benediction in a way that would be appreciated not just by Jewish audiences, but non-Jewish ones as well, while still reflecting the complexity of Jewish prayer — containing both “spiritual connection” and “personal introspection.”

The disruptions of the coronavirus pandemic also needed to be addressed, she felt.

“Knowing that the DNC would be experienced from our homes, I wanted to reflect on what it means to build a home based on the guiding values of human dignity and equality and justice,” she said.