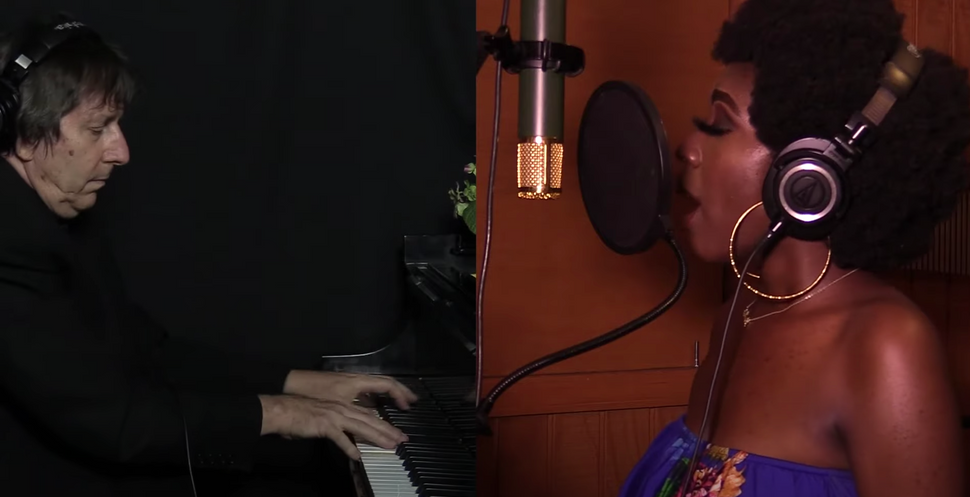 Rep. Jamie Raskin, a Jewish member of Congress representing Maryland, has co-written an ode to the state in yet another attempt to replace the state’s official song, a pro-Confederate anthem written during the Civil War.

The new song carries the same name as the old, “Maryland, My Maryland.” But whereas the older song starts with the words, “The despot’s heel is on thy shore,” and became something of a national battle song for the Confederacy, the second speaks of Frederick Douglass, Harriet Tubman, Billie Holiday, Elijah Cummings and Thurgood Marshall — all famous Maryland residents.

Raskin’s song also spends more time on shouting out democracy and progress, as well as state geography, than its namesake, which focuses more on war heroes from the Revolutionary and Mexican-American Wars.

In an email announcing the new song, Raskin said that Elise Bryant, a labor activist and dramatist, urged him to compose the lyrics for a tune to replace the original state song. Politiicans in the state have attempted to remove the original song from its place as official state song numerous times since the 1970s, failing every time.

“I meditated and wandered and wrote down everything I ever felt, knew or loved about Maryland and, when I finished, my lyrics were enough for about 20 songs,” Rasking wrote.

Working with composer Steve Jones, they pared down the lyrics and recruited London Mevaa, a high school student, to sing Jones’ melody.

“For those of you who have kindly asked how I have been managing the stress of the pandemic and the pathologically corrupt and incompetent people who have brought America to its knees,” Raskin wrote, “I should say that working on this song with my friends each night has been a labor of love for our state and a great satisfaction and catharsis.”