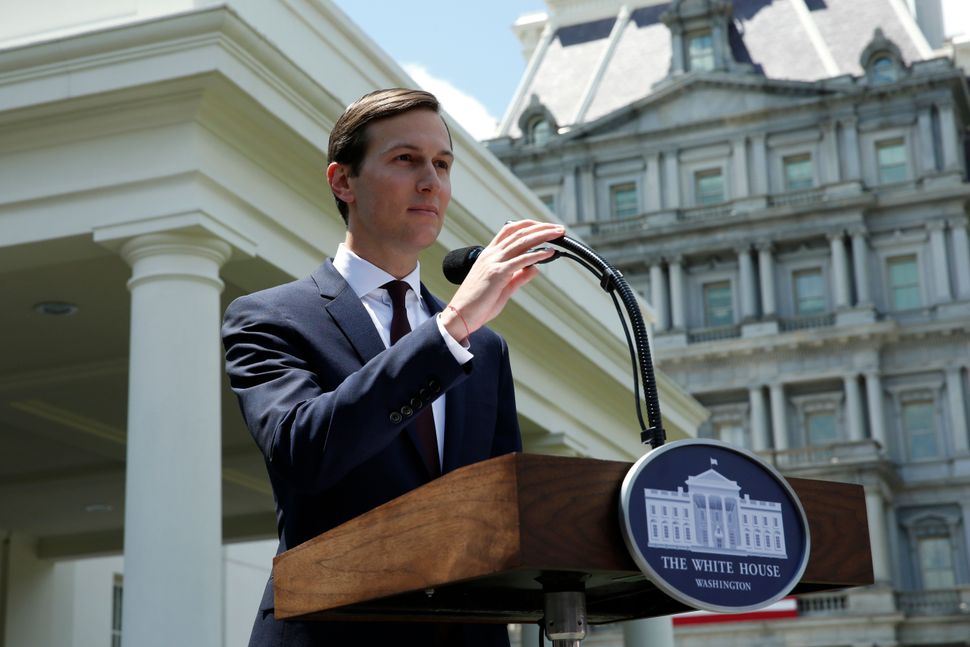 JERUSALEM (JTA) — Jared Kushner will be aboard when the first commercial flight between Israel and the United Arab Emirates takes off next week.

Monday’s flight will carry an Israeli delegation as well as Kushner, the White House senio- r adviser; U.S. Middle East peace negotiator Avi Berkowitz; and National Security Adviser Robert O’Brien, according to a statement issued late Tuesday by the office of Prime Minister Benjamin Netanyahu. The delegations are traveling to Abu Dhabi to hold talks on the normalization agreement between Israel and the UAE.

The talks “will focus on ways to advance cooperation in a range of fields such as – inter alia – aviation and tourism; trade, economic issues and finance; health; energy; and security,” the statement said.

The post Jared Kushner will be a passenger on first commercial flight between Israel and UAE appeared first on Jewish Telegraphic Agency.