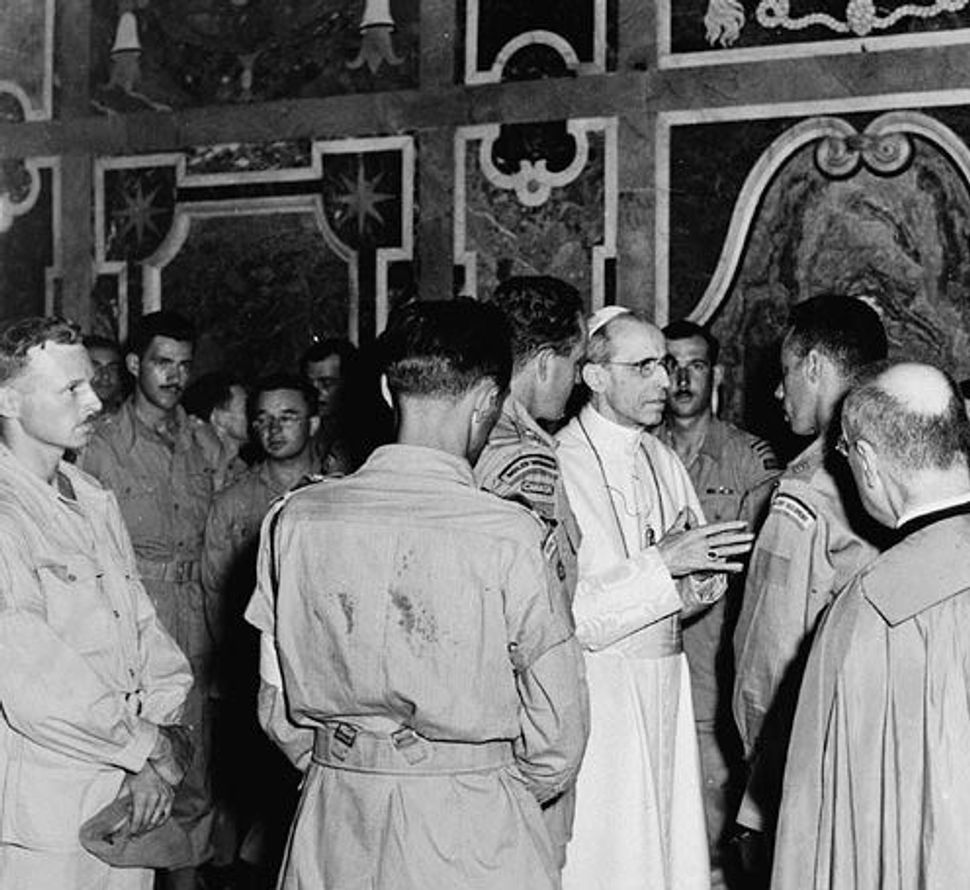 (JTA) — The Vatican both fought efforts efforts to reunite two Holocaust orphans with their relatives and urged Pope Pius XII not to protest the Nazi deportation of Italian Jews, Brown University historian David I. Kertzer has found.

Kertzer published the results of his investigation into Vatican documents unsealed in April in an article published by The Atlantic on Thursday.

He revisited the high profile story of Jewish twins Robert and Gérald Finaly, who were kidnapped and baptized by French Catholic priests. Angelo Dell’Acqua, a Vatican Secretariat of State official who later became the cardinal for Rome, played a key role in the smuggling of the Finaly twins from France to Spain.

That happened after French judges ordered the boys, who were hid from the Nazis at a Catholic monastery, be handed over to their aunt. That finally happened in 1953, and the twins now live in Israel.

Pius XII has long been accused of turning a blind eye to the Holocaust, which happened early on in his stint of nearly 20 years as pope, until his death in 1958.

Kertzer’s findings add to this widely-accepted impression. They include a memorandum advising Pius against formally protesting the rounding up of about 1,000 Jews in Rome in 1943 for deportation to Auschwitz.

Dell’Acqua advised Pius XII to speak privately with a German ambassador about the roundup in a talk “recommending to him that the already grave situation of the Jews not be aggravated further,” Kertzer found. But he asked the pope not to protest the move publicly.

The silence of Pius XII during the Holocaust has long engendered bitter debates about the Roman Catholic Church and Jews. The memoranda, steeped in anti-Semitic language, involve discussions at the highest level about whether the pope should lodge a formal protest against the actions of Nazi authorities in Rome. Meanwhile, conservatives in the Church continue to push for the canonization of Pius XII as a saint.