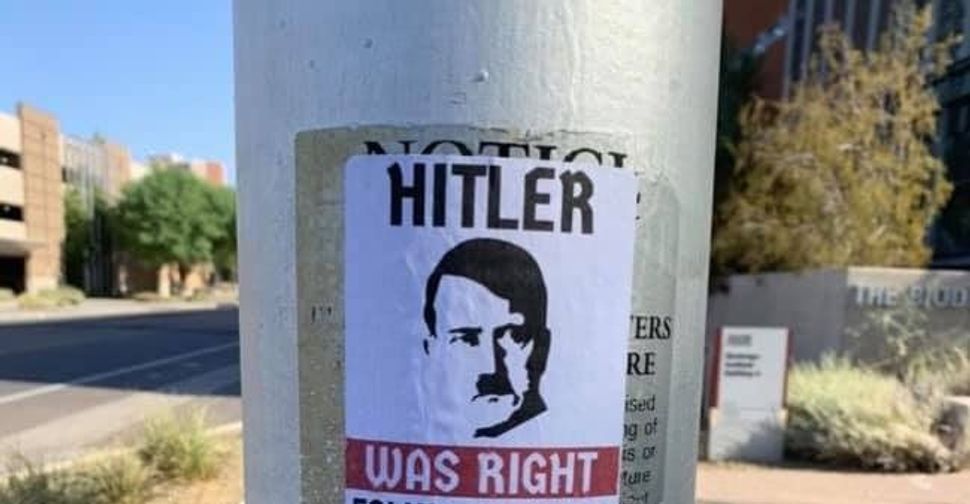 Posters printed with slogans like “Hitler was right” and swastikas were found at Arizona State University in Tempe on Sunday, according to a Facebook post by ASU Chabad rabbi Shmuel Tiechtel.

“When we are faced with opposition and anti-Jewish sentiment, we cannot back down,” he wrote. “It is a time to add in Jewish pride and to live more Jewishly.”

ASU removed the posters after they were reported.

This is the second time in a year that ASU has seen anti-Semitic posters from the white nationalist group Folksfront, which listed its URL on the posters.

The Anti-Defamation League told AZ Central that Folksfront has had a growing presence in Arizona over the last few months.