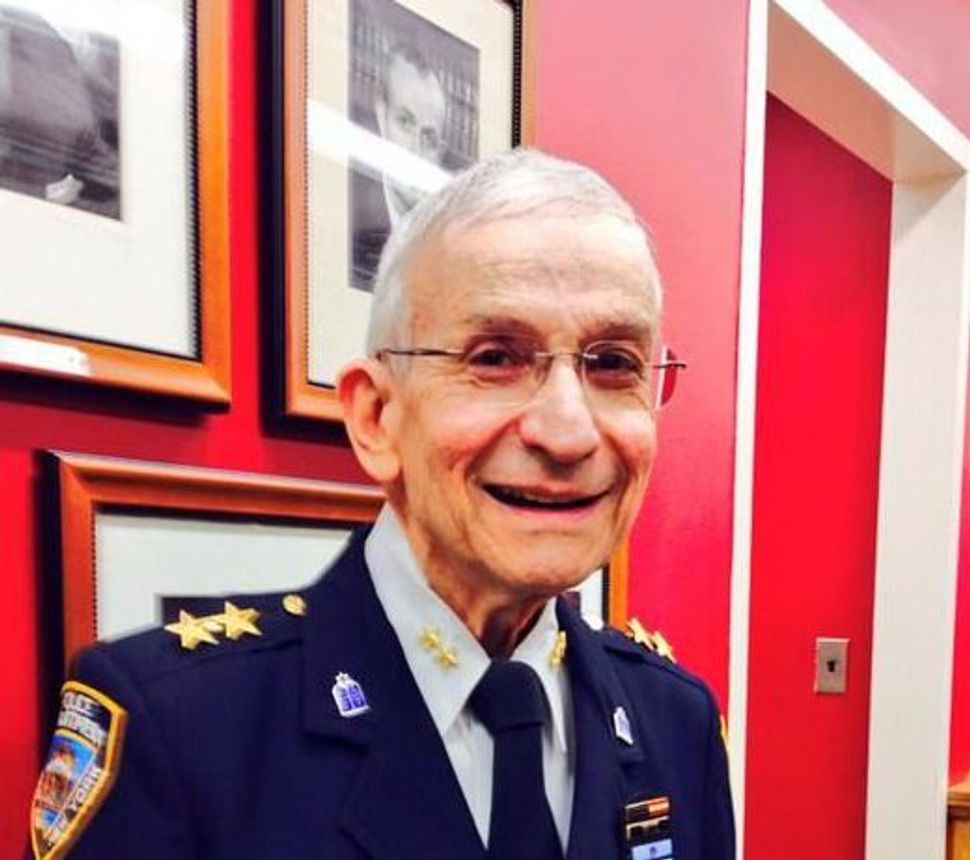 Kass, 84, was confronted by a man saying he was hungry, who went into Kass’ pockets. The assailant grabbed Kass’ wallet, but it dropped to the ground, and the assailant left without taking anything.

Kass fell in the course of the mugging and hurt his shoulder, but refused medical treatment at the scene. He was previously mugged in 2016, and suffered minor injuries in the attack.

Kass is the longest-serving employee of the NYPD, and has been the top chaplain for 54 years. He has had a storied career, organizing Rosh Hashanah services in LaGuardia Airport after the September 11 attacks, when it was a temporary morgue, and once successfully negotiated with a Jewish kidnapper for the release of a Jewish woman — in exchange for two pastrami sandwiches from the now-shuttered Carnegie Deli.