White Jewish academic admits she pretended to be Black for years 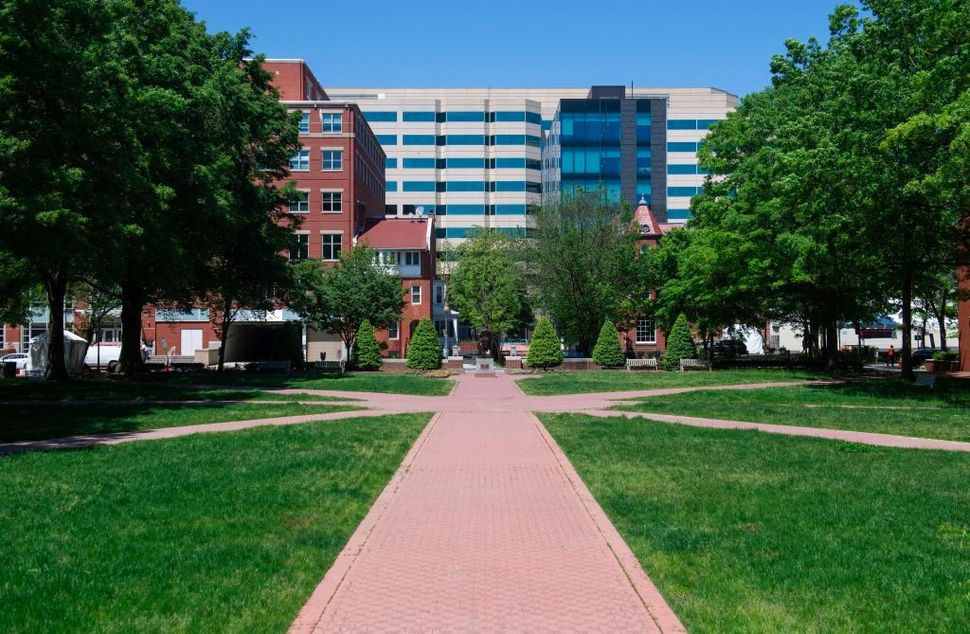 The campus of George Washington University, where Krug teaches. Image by Getty

Jessica Krug, an Associate Professor of African Studies at George Washington University, admitted in a lengthy Medium post that she had spent years pretending to be Black.

“I have eschewed my lived experience as a white Jewish child in suburban Kansas City under various assumed identities within a Blackness that I had no right to claim,” the academic wrote in the post, which she released on Thursday.

She described her behavior as “very epitome of violence, of thievery and appropriation, of the myriad ways in which non-Black people continue to use and abuse Black identities and cultures” and expressed regret for forming “intimate relationships with loving, compassionate people who have trusted and cared for me when I have deserved neither trust nor caring.”

“I am not a culture vulture,” she wrote. “I am a culture leech.”

Krug’s biography on the George Washington University website states that she studies the “politics, ideas, and cultural practices in Africa and the African Diaspora.” She published a book, “Fugitive Modernities: Politics and Identity Outside the State in Kisama, Angola, and the Americas” in 2018 and appears to be at work on a second.

She also contributed to popular news outlets like Essence, in which she described herself as an “unrepentant and unreformed child of the hood” and identified herself as “boricua,” or Puerto Rican.

The Jewish community in Kansas, where Krug said she grew up, is relatively small: Jews make up just 0.6% of the state’s population. Kansas City, however, boasts a flourishing Jewish Federation that serves fourteen synagogues in denominations including Modern Orthodox, Chabad-Lubavitch, Conservative, and Reform.

On social media, many compared Krug’s revelation to the case of Rachel Dolezal, who similarly presented herself as Black and served as the president of her local N.A.A.C.P. before her parents revealed that she was White.

Wait. Rachel Dolezal has a sister named Jessica Krug? How many more of these people are out there other than Talcum X?

Krug did not explain why she’d chosen to reveal her identity, and George Washington University told the New York Times that it had not yet confirmed the authenticity of her post.

However, Hari Ziyad, the editor-in-chief of news outlet RaceBaitr, which had published several now-removed pieces by Krug, said that the academic, whom he’d once considered a “friend,” confirmed the post’s veracity in a phone call.

For years I defended her work, and her from her own self-loathing. I did it despite warnings from Black friends, from those who said she wasn’t Black enough even if they could accept that she was Black, and from my own mind and body.

Ziyad implied that she had chosen to come forward as a result of rising suspicions among her colleagues. “She didn’t do it out of benevolence. She did it because she had been found out.”

Krug attributed her decision to assume a false identity to unresolved mental health issues, writing that “the mental health professionals from whom I have been so belatedly seeking help assure me that this is a common response to some of the severe trauma that marked my early childhood and teen years.”

White Jewish academic admits she pretended to be Black for years