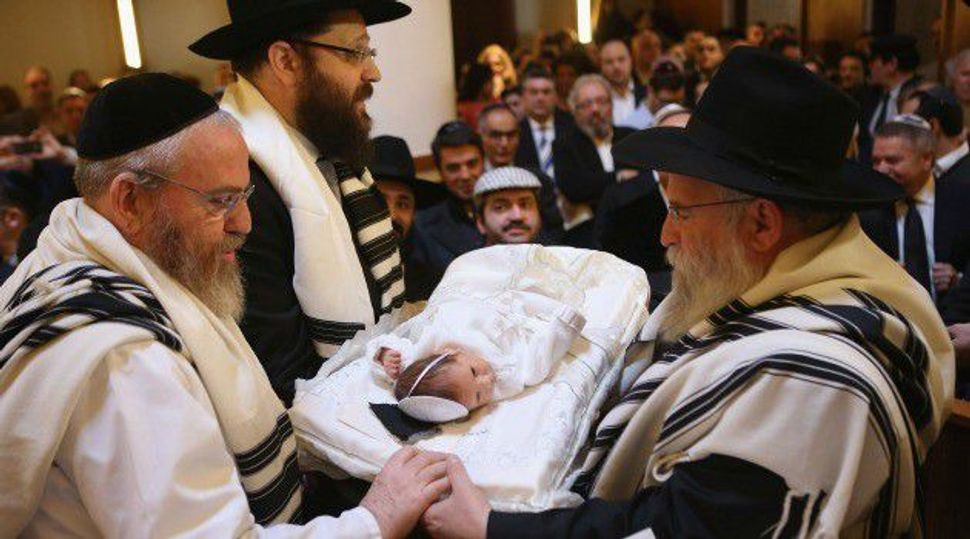 (JTA) — The Danish parliament is scheduled to consider a bill proposing a ban on non-medical circumcisions.

Henri Goldstein, the president of the Jewish Community in Denmark, says the measure represents “the worst threat since World War II” to the country’s Jews, who traditionally circumcise baby boys on their eighth day of life, a ritual known as brit milah.

The Danish parliament is set to vote sometime during its next session on the bill filed last month by Simon Emil Ammitzboll-Bille, a former interior minister and leader of the left-leaning Forward party.

“I don’t think cutting little boys should be legal in connection with an old, religious ritual,” Ammitzboll-Bille wrote on Facebook. “That’s my principled stance. That a person’s body belongs to them and that young men should get to decide whether they want to be circumcised. That’s why I am in favor of introducing an age limit of 18 years for non-medical circumcision.”

Jewish, Muslim, Christian and other groups regard circumcising boys as a basic religious freedom. But there have been various efforts to ban the practice in Europe by a mix of liberals, citing individual freedoms, and right-wingers, who say they are defending local culture.

Rabbi Yitzi Loewenthal, the emissary of the Chabad Hasidic movement in Denmark, told the Jewish Telegraphic Agency that the ruling Social Democrat party has not said how it will vote on the bill, “but there’s a risk it will be passed, so this is quite serious.”

In 2018, a bill to ban non-medical circumcision was introduced in Iceland, but it was scrapped amid an international outcry. Currently, circumcision remains legal throughout Europe.