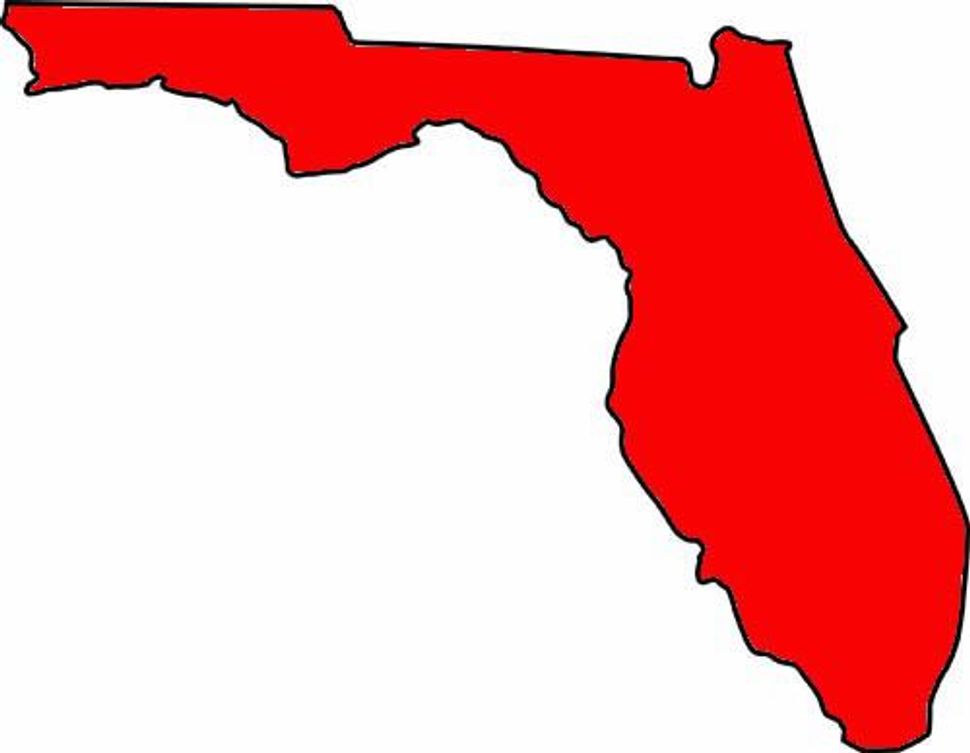 (JTA) — Anti-Semitic conspiracy theories are spreading among Florida’s Latino communities ahead of the presidential election, amplified by social media and messaging apps as well as respected mainstream outlets.

According to a report in Politico, much of the anti-Semitism stems from QAnon, the growing, false conspiracy theory that claims Democrats and the “deep state” run a pedophile ring and are working to take down President Donald Trump. Purveyors of the theory often traffic in classic anti-Semitic tropes, claiming that powerful Jews control the anti-Trump cabal.

The exact origin of the messages — which are circulating in groups on WhatsApp, the Facebook-owned messaging app, or on social media — is unclear. But they reflect both the themes in the QAnon theory and  rhetoric deployed widely on the right that urges voters to fear disorder if Trump is unseated.

The theories have also been amplified by more respected outlets. Radio Caracol, a well-regarded Columbian radio network, hosted someone who claimed that Jewish American financier George Soros is “the world’s biggest puppet master” and, in August, ran a 16-minute paid segment claiming that if Joe Biden wins the election, it would lead to a dictatorship in the United States run by “Jews and Blacks.” Radio Caracol has since apologized.

“What kind of people are these Jews?” the ad insert said, according to Politico. “They’re always talking about the Holocaust, but have they already forgotten Kristallnacht, when Nazi thugs rampaged through Jewish shops all over Germany? So do the BLM and Antifa, only the Nazis didn’t steal; they only destroyed.”

Much of Trump’s recent campaign has revolved around the national protests against racism and the looting and rioting that at times accompanied them. He has said that if Biden defeats him, American voters can expect more disorder.

That message could resonate among some of Florida’s Latino voters. They include some who are Jewish, including a substantial community of Cuban emigres in Miami who fled the Communist regime there and who tend to be politically conservative.

Dina Siegel Vann, director of the American Jewish Committee’s Belfer Institute for Latino and Latin American Affairs, said the anti-Semitic conspiracies appear to be coming mostly from the right. She said she’s “very concerned” about them and that her office has been reaching out to media outlets to combat the stereotypes.

But she said that the spread of conspiracy theories doesn’t surprise her given QAnon’s increasing popularity and the significance of Florida in the coming election.

“I would be surprised if Florida were not inundated,” she said. “You have it all over the country, and Florida is a very important swing state. Latinos are such an important constituency in Florida.”

She said that before this year, among Latino communities, “you didn’t see these types of conspiracy theories in the least.” While Annette Taddeo, a Columbian-American Jewish state senator from Miami, did call out the Radio Caracol segment as a “disgusting message,” Siegel Vann said she’s disappointed that there hasn’t been a stronger response to the anti-Semitism from opinion makers and government officials.

The post Florida Latinos are being flooded with anti-Semitic conspiracy theories ahead of the election appeared first on Jewish Telegraphic Agency.