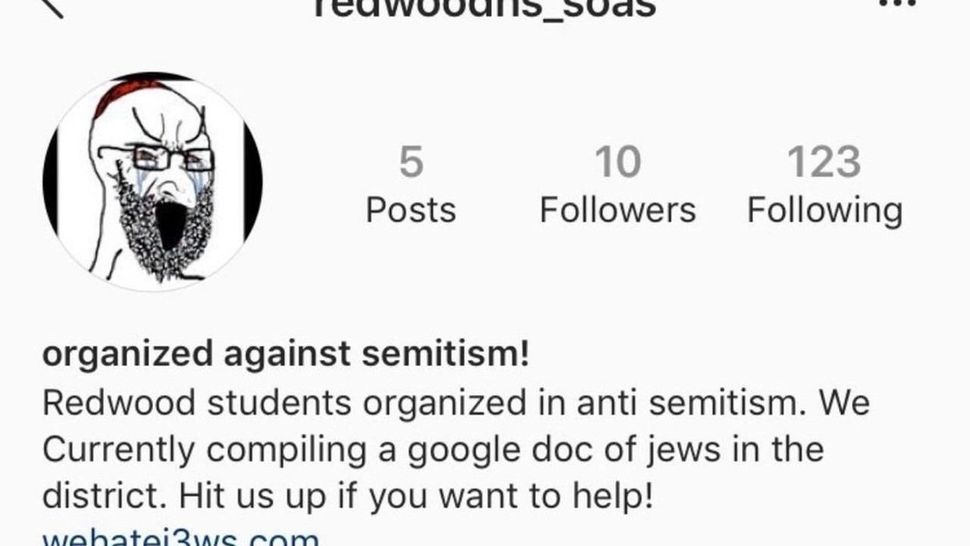 The account is associated with the Redwood High School in the city of Larkspur, 13 miles north of San Francisco. It named Jewish students in the county and called on followers to contribute the names of other Jewish students there.

“Redwood students organized in antisemitism,” read the message on redwoodhs_soas, which has since been removed, the Mercury News reported. “We currently composing a google doc of Jews in the district. Hit us up if you want to help.”

Redwood Principal David Sondheim told parents in a letter that the school is “treating this incident as hate-motivated behavior and will discipline any student found to be responsible to the full extent possible, up to and including expulsion.”

“These Instagram accounts promote antisemitism, racism, sexism and homophobia and have requested to follow several current and former (Tamalpais Union High School District) students,” Sondheim wrote. “Hate motivated behavior and prejudice that targets even one student on our campus or in our community wounds us all and is an affront to what we stand for and strive to demonstrate.”

School officials believe they have identified the student running the Instagram account and given that information to local law enforcement, according to J. The Jewish News of Northern California.

Daniel May, 14, a ninth-grader at the private Marin Academy in nearby San Rafael, told the J that the online anti-Semitic harassment does not surprise him.

“Things like this aren’t really that much of a shocker,” he said. “I know they’re out there.”