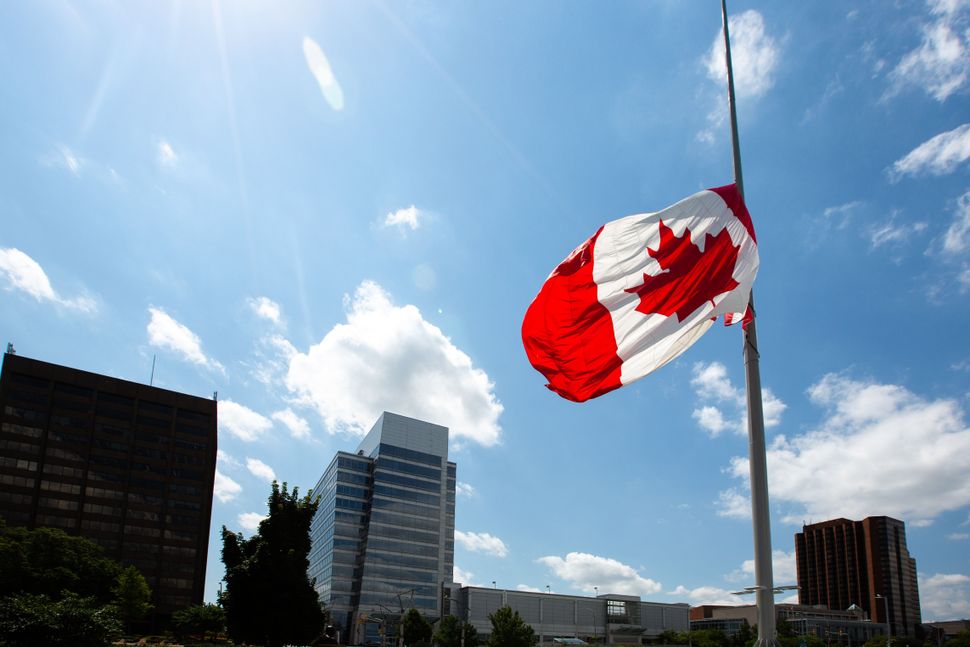 (JTA) — Three incidents described by a Jewish defense agency as anti-Semitic took place in the Canadian province of Ontario over Rosh Hashanah.

On Friday evening, a man verbally attacked a Jewish father and his son outside a synagogue in Thornhill, a community north of Toronto with Canada’s largest concentration of Jewish residents. The man yelled, “You’re a piece of shit, you’re Jewish – you run the f***|in’ world,” before approaching the victim’s car and attempting to stick his hand inside, B’nai Brith Canada reported.

On Sunday, two garage doors on private homes in Thornhill were spray-painted with graffiti reading “Jews Run the World” and “Jews Hate Blacks.” A nearby vehicle also was vandalized.

In Ottawa, a man spat at worshippers at an outdoor service and called them “dirty f***|ing Jews” as he drove by on Saturday.

“These appalling incidents have struck a chord with the Jewish community at what is already a challenging time for many,” Michael Mostyn, chief executive officer of B’nai Brith Canada, said in a statement.