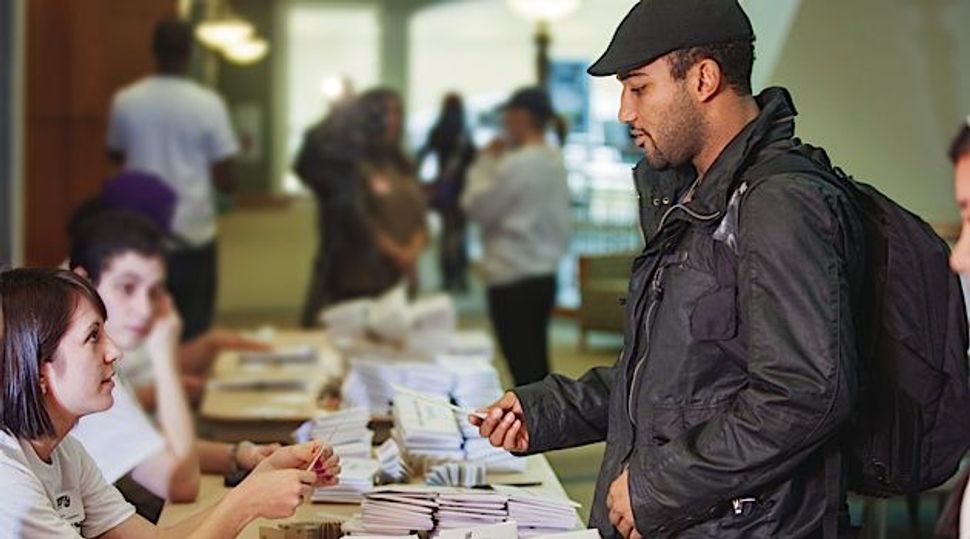 Last week, he did precisely that for an ailing 2-year-old girl.

On Sept. 21, the day after Rosh Hashanah as well as the Fast of Gedaliah, Kastan donated his bone marrow to the girl, who is battling an immune systems disorder.

The story starts in October 2018, when the Berman Hebrew Academy’s head swabbed his cheek to serve as an example for the students at his Rockville school during a bone marrow registry drive. He was modeling the proper technique for a lower school STEM event, “DNA and Me,” for the Gift of Life Registry based in Florida.

On July 24, he got a call that he was a match for the girl. Two months later he launched the Jewish New Year with his life-saving donation.

“I’ve always wanted to change the world, to contribute something positive to people’s lives,” Kastan said in a message to the school community.

“With maturity and humility, I prayed for an opportunity to change even one person’s life – to believe that I may hold something, that I may have some gift, that this person may need.

“I was able to give a second chance at life to this child and hope to her family. By giving her the ‘gift of life,’ I received the gift of living mine more fully,” he said. “Each of us is a match for someone who needs something we have.”