Why of all extremist groups did Trump namecheck the Proud Boys? Roger Stone’s the connection. 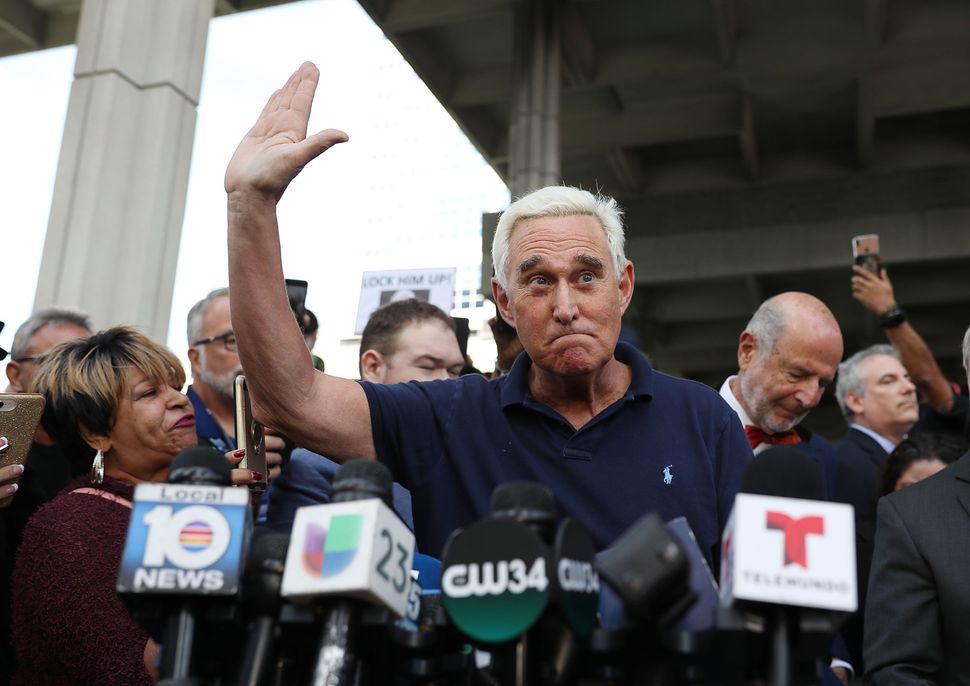 Roger Stone outside the federal courthouse in Fort Lauderdale, Florida, on January 25. Image by Getty

Only hours after President Donald Trump gave a debate-stage nod to the extremist group the Proud Boys he’s now claiming he doesn’t know who they are.

However, his connection to his old friend, political operative Roger Stone, suggests otherwise.

Stone has long been a supporter of the violent group which describes itself as “Western chauvinists” and “anti-white guilt.”

The ADL reports that Stone has invited the group’s leaders into his home, used them as private security at his events, accepted their support during his trial under the Mueller investigation and even allowed the group to share a video of him reciting their initiation mantra. “Hi, I’m Roger Stone. I’m a Western chauvinist, and I refuse to apologize for creating the modern world,” he said into the camera in a now-deleted YouTube video.

Earlier this summer, shortly before Trump commuted Stone’s prison sentence, Stone was kicked off Facebook as part of the social media giant’s investigation into the Proud Boys’ online activities. They found dozens of fictitious accounts linked to Stone which would post and comment on Proud Boys material to make it seem more popular than it is.

Stone is a close friend of the Proud Boys’ current leader Enrique Tarrio, who replaced the group’s founder Gavin McInnes. At a 2019 Trump rally in Miami, Tarrio had a high-profile seat directly behind the president where he wore a T-shirt which read “Roger Stone did nothing wrong.”

Why of all extremist groups did Trump namecheck the Proud Boys? Roger Stone’s the connection.