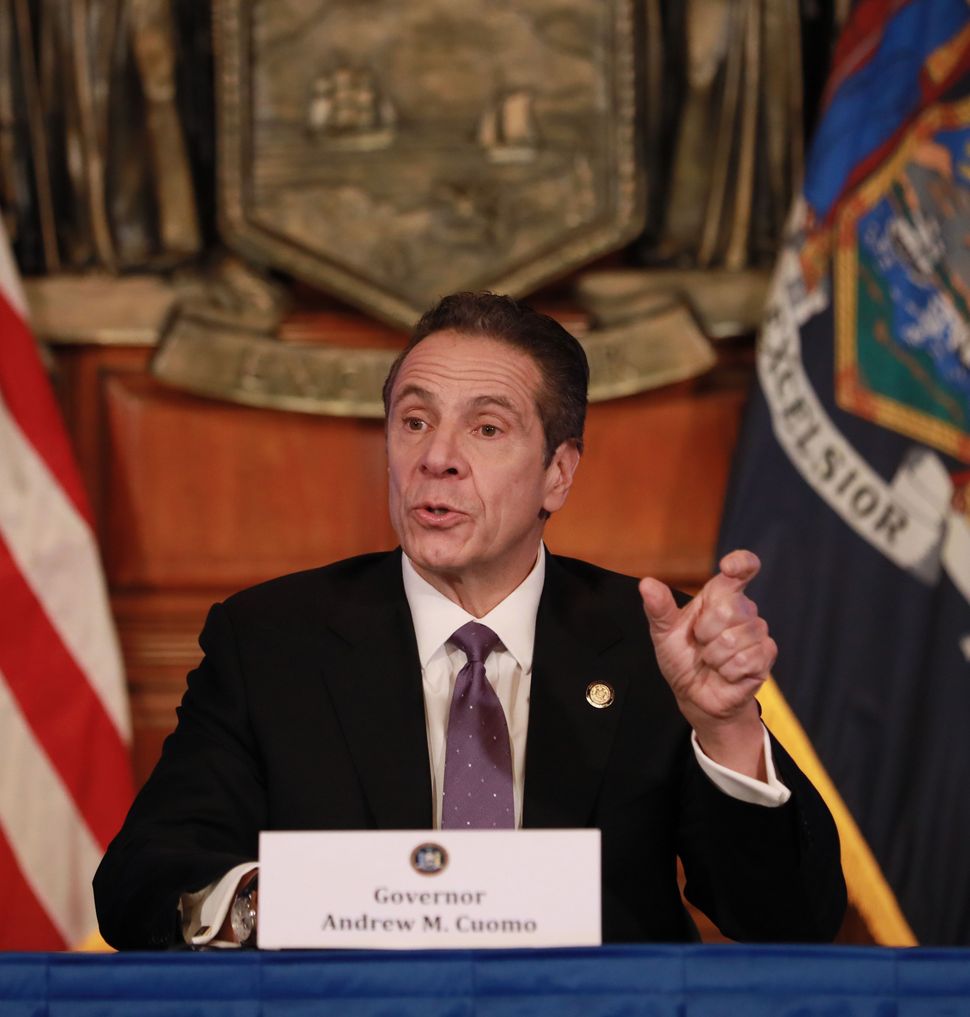 That deadline is a day earlier than that set by Mayor Bill de Blasio — and equally irrelevant for the hundreds of Jewish schools in the areas, most of which are closed right now because of the Sukkot holiday.

Cuomo also announced that he would take over efforts to enforce social distancing and mask mandates in New York City areas with rising cases, many of which are home to significant Orthodox populations.

The school closures — which affect public and private schools alike — come after weeks of increasing COVID cases and rising positivity rates in the neighborhoods. Cases are also on the rise in several counties in upstate New York where many Orthodox Jews live.

New York City’s health department warned last month that the city could impose steep consequences — including banning gatherings of more than 10 people and closing schools — in the neighborhoods experiencing upticks if the positive test numbers did not decrease.

But even as the positivity rates continued their climb, for days de Blasio declined to impose those consequences, citing increasing compliance with mask-wearing on the streets in those neighborhoods. (Locals reported that few masks were being worn in synagogues.)

But by Sunday, when Orthodox Jews were celebrating the holiday of Sukkot — and not using phones, computers or televisions to follow news — de Blasio announced he would move to close schools, pending Cuomo’s approval.

In a press conference midday Monday — scheduled to overlap with the mayor’s press conference, which was then delayed — Cuomo called for increased enforcement of mask wearing and social distancing, as he has repeatedly done in recent weeks. The clear implication from the governor was that de Blasio needed to do more.

“Too many local governments are not doing enforcement. Warnings are not enforcement,” he said. “You will see people die if we don’t do more enforcement.”

Cuomo said local officials would continue to carry out enforcement efforts, but now under his direction. He also plans to meet with leaders of New York’s Haredi Orthodox communities Tuesday to discuss the need for safety measures in religious institutions.

While De Blasio’s plan did not include synagogue closures, Cuomo said he would move to close synagogues if community leaders did not agree to impose strict safety measures. Communities in Orange, Suffolk and Rockland counties — areas of upstate New York with large Haredi Orthodox communities that are also experiencing major upticks — would not see school closures, though Cuomo admitted they were in a “similar situation.”

Most yeshivas in Orthodox communities are set to resume classes Oct. 12 — a week from today.